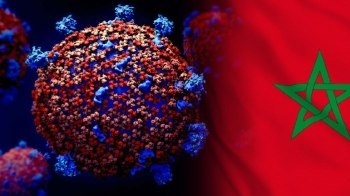 Morocco announced on Sunday 11 new confirmed coronavirus cases in the country and decided to suspend, until further notice, all international passenger flights to and from its territory.

The new cases bring to 28 the number of COVID-19 infected persons recorded in Morocco since March 2, including Minister of Transport and Logistics Abdelkader Amara. One patient, an 89 old woman who was suffering from chronic ailments died on March 10 while the patient N° 0 has recovered.

The suspension of all international flights is part of preventive measures against the spread of Coronavirus, said the Foreign Ministry, which announced the decision.

The decision comes after the suspension of flights to and from several foreign countries in Europe, the Middle East, Africa and the Americas. Maritime connections with several countries were also suspended.

Amid these travel suspensions to various countries, Morocco has however scheduled flights to allow foreign nationals and Moroccan expatriates stuck in the country to return to their countries of residence.

Exceptional flights were already allowed on Saturday and Sunday, while others were planned shortly.

Morocco’s government considers the country to be in the first phase of the virus as all infections arrived in Morocco from abroad.

Part of the precautionary measures, the 2020 Mawazine Music Festival, initially scheduled for June 19 to 27, was cancelled.

The decision is in accordance with Morocco’s national preventive measures that restrict public gatherings to contain the spread of COVID-19, the annual festival’s organizing body, Maroc Cultures, said in a statement.

“The priority for the association, above all, goes to the health of our citizens and their security,” the statement said.

Mawazine, the second-largest music festival in the world, draws nearly 3 million attendees every year who flock to attend performances by international and Moroccan stars.

Another music festival of international renown, the Fez Festival of World Sacred Music, initially scheduled on June 12-20, 2020, has also been cancelled, the Spirit of Fez Foundation announced Sunday.

The National Museums Foundation (FNM) of Morocco on its part announced the closure of all museums throughout the country until further notice.

The decision will go into effect on Monday, March 16, the foundation said, adding that several exhibitions are postponed until further notice.

Morocco had earlier closed all schools and universities, suspended football matches and international events as well as religious festivals and gatherings of over 50 people.

To remedy the closing of schools, which does not mean a holiday, distance learning will be dispensed through the internet and Arrabia TV channel.

Head of the Government, however, reassured citizens regarding the precautionary measures taken to avert covid-19 spread.

In a live TV interview Saturday, Saad Eddine El Otmani said that Morocco is dealing in utmost transparency with coronavirus, which was declared a pandemic by the World Health Organization, adding that the number of confirmed cases is communicated because it is in the best interest of the people to know and take protective measures.

Morocco has prepared 970 beds in anticipation of an outbreak as well as 250 intensive care beds as it steadily prepares its health services to deal with the virus, EL Otmani said.

He warned against the spread fake news in these times that require Moroccans to stick to their values of solidarity, insisting that the country is still in the first phase of the virus.

Regarding the panic that was shown in many big cities by shoppers emptying shelves of supermarkets, El Otmani reassured that “Morocco has enough reserves of consumer goods that cover 4 months at least.” Citizens should not stockpile as authorities ensure availability of consumer goods, Saad Eddine El Otmani said.

He added that those who exploit these circumstances to spike prices will be sanctioned.

All the cases registered in Morocco were infected in Spain, Italy or France. Only one case was contracted by the virus in Morocco.