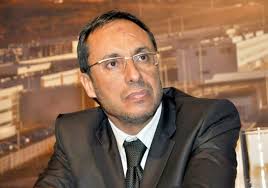 Few hours after the Health Ministry announced Saturday nine new coronavirus cases, the Ministry of Transport issued a statement saying that the head of the department Abdelkader Amara has tested positive for the novel coronavirus, COVID-19.

Abdelkader Amara, the first member of the Moroccan cabinet to test positive for the novel coronavirus, had paid a working visit to Hungary March 9 to 11.

Hungary has confirmed 30 cases of the coronavirus as of Saturday evening.

Later, after he felt some symptoms such as abnormal fatigue and a headache, he took a test for COVID-19. The test came back positive.

Amara tweeted Saturday that he was not suffering severe symptoms and was able to continue his duties.

In accordance with medical instructions, the minister will be isolated at home with his spouse and son for 14 days. He will be working from home.

With the Minister’s infection, the number of cases recorded in the country since March 2 amounts to 18.

According to the Health Ministry’s tally announced before Amara’s case, 11 of those infected with the virus are Moroccan while six are French. They include 10 men and 7 women.

The average age of the infected persons is 51 years, with a baby of 9 months as the youngest case and an 89-year-old lady as the oldest, The oldest woman passed away on March 10.

All the persons who tested positive to the virus in Morocco came from abroad. Actually, eight of the nine new cases reported Saturday are Moroccan expatriates living in Spain (4 cases), Italy (3 cases) and France (1 case), who arrived in Morocco between February 24 and March 12. The ninth case, a Moroccan woman, was infected by her husband who lives abroad.

Morocco took several precautionary measures to prevent further spread of the virus, suspending flights to and out of the country with a number of countries in Europe, the Middle East, Africa, as well as Canada and Brazil. All passenger ship traffic was also suspended.