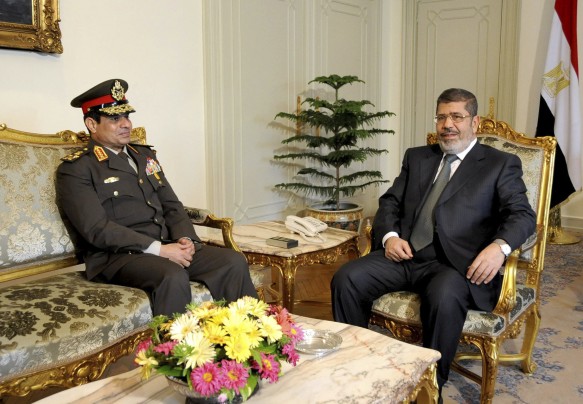 Egypt: The military no more a spectator 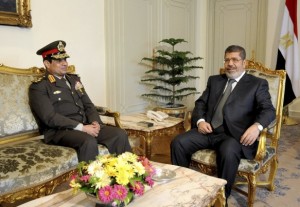 The Egyptian defense minister, Abdel Fattah al-Sisi, warned on Sunday that the army would not hesitate to intervene if violence broke out in the country during the planned rally, and that the armed forces has the obligation to do so to stop Egypt from plunging into chaos. He also criticized those who make anti-army statements. As has been in past unrests, the military is set to pay a big role.
Barely a year after his swearing-in, President Mohamed Morsi, is faced with the likelihood of massive protests reminiscent of the early days of the Arab spring in 2011. A campaign dubbed Tamarod (rebellion in Arabic); initially called the anti-Morsi rally is slated for June 30. This coincides with the first anniversary of his taking of office, the day that Morsi made history by being Egypt’s first civilian and Islamist president. If numbers are anything to go by, the rally promises not to go unnoticed as many as 15 million signatures demanding the president’s immediate resignation have been collected.
Calls for his resignation emanate not only from ordinary Egyptians but also prominent members of society like Mohamed El Baradei, a former chief of UN International Atomic Energy Agency (IAEA) who urged the president to resign in order to preserve national unity. On the other hand, tens of thousands of Morsi supporters gathered on Friday in a show of strength ahead of the planned protest. The fear of violence erupting between his supporters and opponents is very real. There is no doubt that Egypt is deeply polarized.
Proponents of the president say he is cleansing the institutions from decades of corruption, but his critics accuse him of centralizing power in the hands of his Muslim Brotherhood movement.