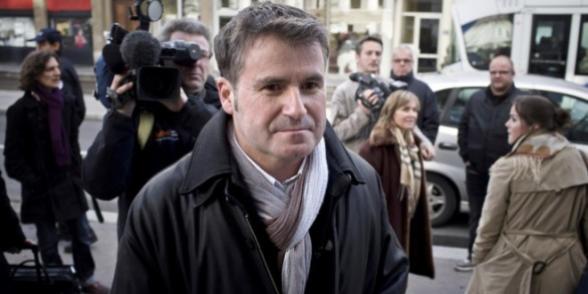 Monsanto, or how French Medias’ Silence was Bought 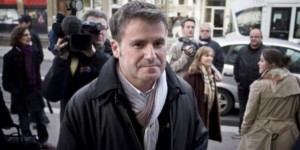 While the French newspaper Le Figaro was reporting lengthily on the arrest of an opponent to the wedding for everyone, a 23 years old student “still dressed in his hooded Manif for everyone sweatshirt”, the daily missed the 2 millions people who were marching against Monsanto. And so did almost all other French Medias.
Commonly called Mydevil, Monsanto, the vegetal biotechnologies giant, notably illustrated itself by supplying to the United States the Orange Agent, a highly toxic pesticide used as chemical weapon, during the Vietnam War (1961).
Monsanto was again at the center of polemics recently after the adoption by the American senate of the Monsanto Protection Act, a law almost offering a monopole over the GMO production. The law triggered an unrivalled mobilisation against the multinational and protest demonstrations were staged in 436 cities around the world. However this huge mobilization went almost unnoticed as official media remained strangely silent on the event while pictures of the demonstrations and sit-ins from the world overwhelmed social networks and alternative Medias.
The price of silence
Asked about this unexplained silence, the news team of the French newspaper Le Monde talked about “a problem of communication”, “the AFP (French Press Agency) dispatch was not circulated well”. Le Monde also “blamed” the protest movement organizers for their deficient communication strategy. But this hardly convincing argument could not be swallowed by a correspondent from Fighting Monsanto. “Official medias had the information, there is no doubt about it. A dozen journalists and photographs were present in our Paris meeting, including from AFP, France 24, RFI”. Besides, he argued, how can they blame the communication strategy when thousands of people around the world heard about the protest movement and took to the street to demonstrate against Monsanto?
If some newspapers, such as the Los Angeles Times or the Japan Times, dedicated a news flash to the event, no front page headline mentioned the protesters’ efforts. Camille Labro, a blogger, does not hesitate to assert: “Lot of medias, even international, are unadventurous facing such a big announcer and lobbyist”.
With a capital of 58 billions dollars and offices in 60 countries, Monsanto is a heavy economic weight. Founded in 1901, its subventions are notably dedicated to politics. The Centre for Responsive Politics, a non-lucrative, non-partisan organization in charge of following money and lobbying effects on American politics, evaluates at 109,500 dollars the sum of money given by the firm to Democrat politicians (deputies and senators) while Republicans got more than 275,500 dollars. The US company’s lobbying expenses reportedly reached 5 millions dollars in 2012.
Voice of wealthy
“As for any demonstration opposed to the government, big Media companies were fully aware of what was happening, but they decided to keep it quiet”, summarizes Raphaëlle, a French activist who has been involved in the organization of last May protests against Monsanto. For this activist, intimidation is the first reason behind the media’s boycott. A theory corroborated by Elaine Hollingsworth, an American writer, author of the article “Censorship, Monsanto and the Media: Boycott Monsanto Products”. She described the case of investigative journalists Jane Akre and Steve Wilson. In 1997, after the two journalists revealed the toxicity of a milk additive produced by Monsanto, the multinational complained and Fox, their employer, simply annulled their contract. Elaine Hollingsworth added “In case you still have some lingering faith in your national newspaper, or local rag, bear in mind that eight corporations control more than 70% of the world’s media”.
The almost total blackout on anti-Monsanto protests inevitably raises questions on Medias impartiality. So, are the medias still the voice of the people, as they are commonly named, or have they become the voice of the highest bidders?

North Africa Post's news desk is composed of journalists and editors, who are constantly working to provide new and accurate stories to NAP readers.
NEWER POSTQatar to send LNG to save Egyptian factories
OLDER POSTEgypt: President’s adviser blames IMF for delaying the loan