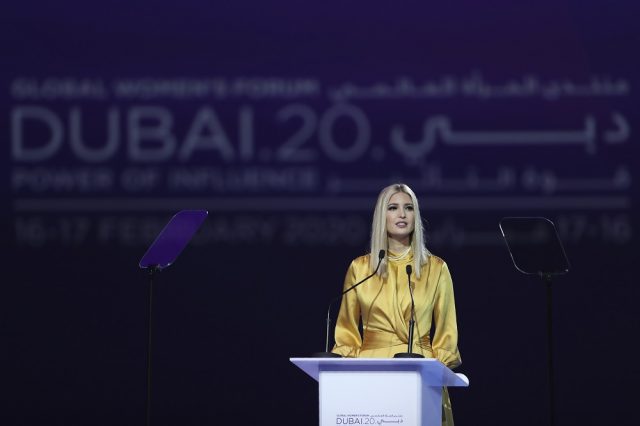 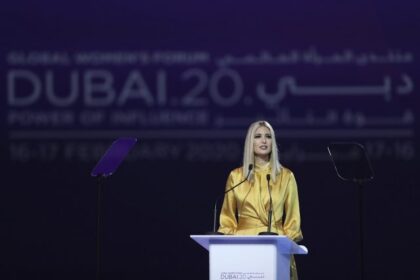 Ivanka Trump, adviser to the president of the United States, commended, Sunday in Dubai, Morocco’s efforts in the field of women’s empowerment.

Speaking at the opening session of the Global Women’s Forum 2020, Ivanka Trump said Morocco has succeeded in recent years in “introducing important legislative reforms that serve the interests of women and increase their level of empowerment”.

Ms. Trump has lately commended Morocco’s commitment to empowering women on many occasions.

Since her visit to Morocco in November 2019 to promote the Women’s Global Development and Prosperity Initiative launched by the White House in 2019 to help women in the developing world, Ivanka Trump published several tweets commending Morocco’s commitment to advancing women rights through improving their access to land ownership.

The American President’s adviser was especially satisfied with Morocco’s legal reforms, regarding the structure and administration of communal lands, in favor of women.

The visit was a chance to “reiterate the US appreciation to the leadership of His Majesty King Mohammed VI on critical issues such as peace and security in the Middle East, as well as to ensure peace, stability and development for Africa,” Ivanka had said while in Morocco.

Most recently, on Feb. 12, Ms. Trump expressed again her satisfaction with Morocco’s efforts to support the Women’s Global Development and Prosperity Initiative (W-GDP).

Morocco is one of two African countries that have made significant progress in the first year of the W-GDP. The second African country mentioned then by Ms. Trump was Côte d’Ivoire.

“We commend these governments for carrying out these important and bold reforms,” she said.

In her address before the “Global Women’s Forum 2020”, Ivanka Trump also referred to the W-GDP, recalling its main axes, mainly providing vocational training to women, empowering women to succeed as entrepreneurs, and breaking down the barriers that hinder women’s participation in the economy.

Besides Morocco, she also praised the efforts of five other Arab countries to empower women, namely the United Arab Emirates, Saudi Arabia, Bahrain, Jordan and Tunisia.

The World Bank Group announced, at the opening of the GWFD 2020 Sunday, two new initiatives to improve access to start-up financing and e-commerce markets for women entrepreneurs, reported Gulf News.

At the Women Entrepreneurs Finance Initiative (We-Fi) Middle East and North Africa (MENA) Summit held during the GWFD, the International Finance Corporation (IFC) and We-Fi launched the ScaleX program to give incentives to accelerators to support start-up businesses led by women, the media outlet added.

The program will incentivize emerging markets accelerators to work with women-led businesses by providing performance-based payments of $25,000 for every woman entrepreneur that raises $1 million from investors in start-up funding.

These bonuses provide an avenue for venture capital funds to commit to investing in women entrepreneurs in emerging markets and will catalyze a total of $40million into women-led startups in its pilot phase.