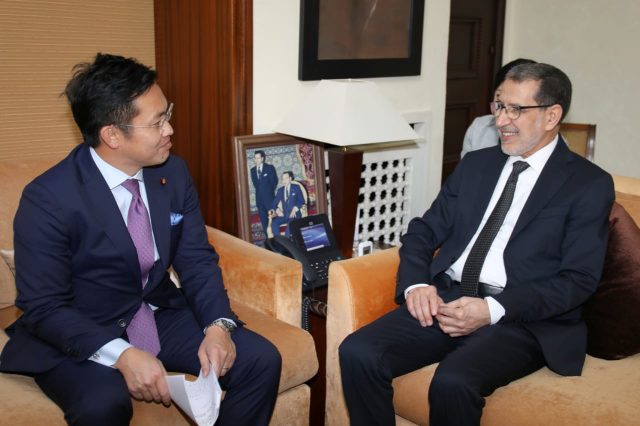 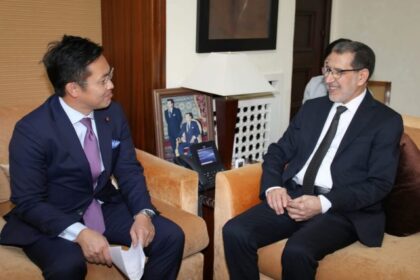 Japan’s Deputy Foreign Minister Nakatani Shinichi renewed on Monday his country’s steadfast stand on the Sahara issue and backing to Morocco’s territorial integrity, affirming that Tokyo does not and will not recognize the Polisario separatist entity.

Mr. Nakatani reiterated his country’s position at a meeting held in Rabat with Minister Delegate to foreign Affairs Mohcine Jazouli.

During this conference, Mr.Taro Kono had said :“even if a group which claims itself as a State which Japan does not recognize was sitting in this room, this does not mean that Japan in anyway implicitly or explicitly recognizes it as a State”, referring to the Polisario intruders.

This strongly worded statement dealt a hard blow to the polisario separatist group and its Algerian supporters.

After his talks with Mr. Jazouli, the Japanese deputy foreign minister conferred with Head of Moroccan Govt Saad Eddine El Othmani who voiced Morocco’s determination to enhance further and diversify its economic and investment partnership with Japan in all sectors, citing the incentives offered to foreign investors.

Mr. El Otmani called on Japan to team up with Morocco in deploying a “win-win” tripartite cooperation in Africa wherein there are huge untapped investment opportunities.

For his part, Mr. Nakatani said Morocco offers Japanese investors attractive deals in port, logistics and other sector. He also hailed the progress accomplished by the North African country in various sectors, making the Kingdom among the major stable and attractive global investment destinations.