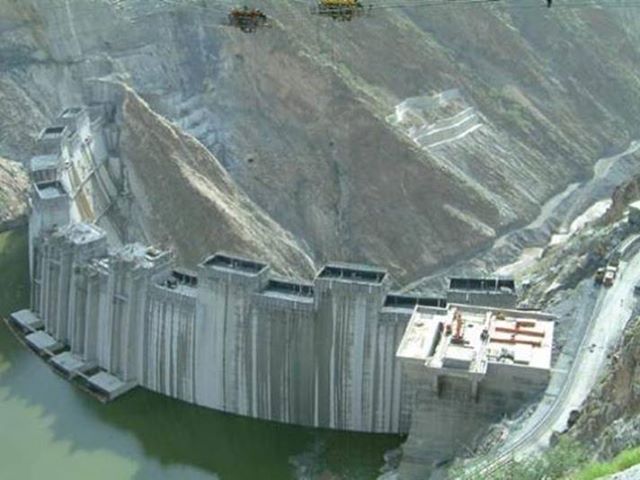 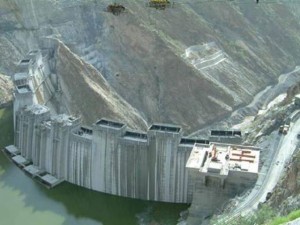 Ethiopia’s project to construct the Grand Renaissance Dam, a $4.2 billion hydroelectric project that will divert the Blue Nile from its natural course, has flared up passions downstream in Egypt.
Although some experts deem that Ethiopia’s move is largely technical and will not alter the water flow that is vital for both downstream states, Egypt and Sudan, Egyptian officials, religious leaders and politicians, including President Mohamed Morsi, his advisers and cabinet, expressed opposition to the project that they describe as a “national security” issue for Egypt.
President Mohamed Morsi on Monday held a meeting with political and religious leaders to discuss the findings of a report drafted by a tripartite Egypt-Sudan-Ethiopia commission on the Ethiopian project and the potential impact it may have on Egypt and Sudan.
During the meeting, the presidency claimed that the project designers did not take into account its possible impact on downstream states.
“It appears that Ethiopia did not deeply study the social and environmental impact of the dam on the downstream countries of Egypt and Sudan, such as possible effects on…crops and the fishing industry,” Morsi told the meeting, insisting that Egypt cannot let “even one drop of Nile water be affected.”
The political and religious leaders attending the meeting who were not aware that it was broadcast live on public TV candidly unleashed their strategies to foil the Ethiopian project, deemed “strategically dangerous” for Egypt.
Some analysts who watched the broadcast likened the meeting to that of war strategists devising plans to stop an enemy’s progression and noted that President Morsi did not condemn the sabotage acts or attacks against Ethiopia suggested by the participants in the meeting but was smiling in silence while listening to these war strategies.
One of the participants, an Islamist party leader, actually proposed to exploit the tribal and ethnic divisions in Ethiopia and arm rebels that Egypt can use as a trump card in any later negotiations with the Ethiopian government. If these attempts fail, Egypt will have no other choice than use its intelligence services to destroy the dam, said the member of the Nour Party, which won about 25 percent of seats in the latest Parliamentary elections.
One of the participants suggested concluding agreements with Somalia, Eritrea and Djibouti so that Egypt can use these countries as bases against Ethiopia, while another one stressed the necessity for Cairo to purchase long-range missiles, in case attacks against the dam become necessary.
Some of those who spoke at the meeting brought up wider concerns about the dam project, hinting that Ethiopia might use the project to export Nile water to Israel, or that the project would provide the US and Ethiopia with a bargaining card against Egypt and Sudan.
The arguments brought up during the Morsi-chaired debate hint that a battle with the US and Israel underlies the water war between Egypt and Ethiopia.