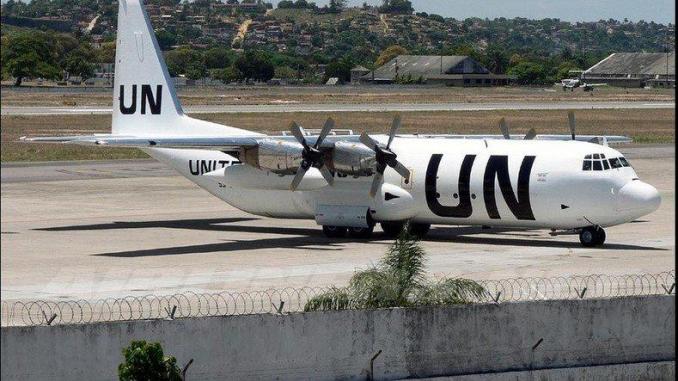 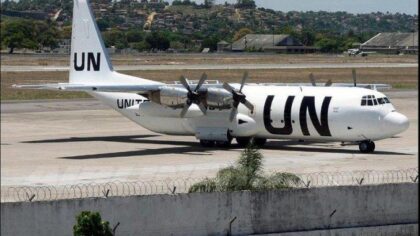 “The UN in Libya regrets that its regular flights that transport our staff to and from Libya have not been granted permission by the Libyan National Army to land in Libya,” said in New York UN Secretary General’s spokesman Stephane Dujarric.

“The UN is very concerned that preventing its flights from travelling in and out of Libya will severely hinder our humanitarian and good offices efforts at a time when all the staff are working relentlessly to push forward the ongoing three-track intra-Libyan dialogue and to provide much needed humanitarian assistance to some of the most vulnerable conflict-affected civilians,” Dujarric added.

The army of the east-based retired Gen. has been pushing since April to seize the Libyan capital largely controlled by UN-backed Government of National Accord (GNA).

The military offensive was launched while UN Chief Antonio Guterres was in Tripoli.

Last month, Haftar forces threatened to bring down any aircraft including commercial flights flying over Tripoli.

The UN has been trying to snatch a truce between the two sides in vain. Last week a 5+5 meeting of military officials of both sides, held in Geneva, ended without any agreement.

Also on Wednesday, the UN Security Council adopted a resolution calling for a “lasting ceasefire”. The resolution proposed by UK received support from 14 country bar Russia which abstained.

The resolution comes after the Berlin Jan. 19 conference on Libya. Participants including UN Security Council permanent members as well as Turkey, Egypt and UAE, agreed to cease interference in Libyan internal affairs. However, for many that is just empty talk.

Egypt, UAE and Russia have been backing Haftar while Turkey has thrown its weight behind the GNA also backed by Italy and Qatar.