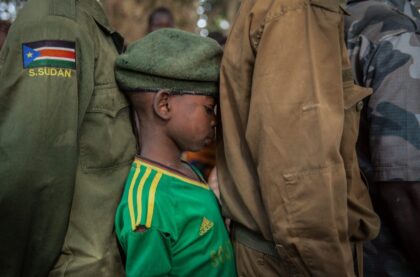 Since 2015, UNICEF has supported the release and reintegration of 3,677 children who were used by armed forces and armed groups in South Sudan.

According to the UN agency, some 900 children about to be released from armed forces and groups in South Sudan could be left in limbo unless new funds are secured.

“I urge the international community to step forward and help UNICEF with the funds needed to continue the reintegration program, which is changing the lives of children used by armed forces and armed groups, but also as a support to uphold crucial conventions and laws that are under pressure,” UNICEF’s Representative in South Sudan, Mohamed Ag Ayoya said in a statement issued in Juba.

If adequate funding is provided, UNICEF will be able to support some 2,100 children released from armed forces and armed groups over the coming year.

“Children are registered, verified, and ready to be released, UNICEF has a proven and effective reintegration program, yet we don’t have the funding to continue this vital work,” Ayoya said.