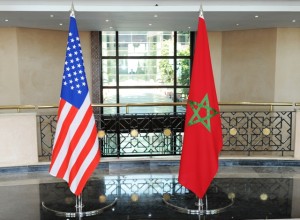 This week marks the 230 anniversary of the Treaty of Peace and Friendship between Morocco and the United States, said the Moroccan American Center for Policy on behalf of the Government of Morocco.

This longest unbroken treaty in the US history testifies to centuries old ties that stretch as far back as 1777, when Morocco became the first country in the world to officially recognize the fledging American nation.

“In 1780, General George Washington and the Sultan of Morocco began an official correspondence that quickly led to a mutual interest in negotiating a “Treaty of Amity and Commerce” to set out the conditions of trade relations between the two,” recalled the Moroccan American Center in a statement.

The final draft of the Treaty of Peace and Friendship was approved by the Confederation Congress in July 1787.

Other milestones include the first US consulate in Africa and the Middle East, inaugurated in Tangier in 1797, and the first multilateral treaty, signed by the US and nine other countries in 1865, to erect a lighthouse in Tangier as a navigational aid, adds the statement.

Ties between the two countries steadily developed as Morocco assisted the US and its allies during WWI, notes the statement, highlighting the growth in economic ties with the signing in 2006 of a bilateral Free Trade Agreement.

At the level of counterterrorism cooperation, Morocco takes part in the US-led Strategic dialogue and in joint military training exercises, writes the Washington-based Moroccan American Center.

“The Treaty of Peace and Friendship is a remarkable document with an enduring legacy,” the statement quoted former US Ambassador to Morocco Edward M. Gabriel as saying. “Our long friendship with Morocco continues to this day, based on shared values and a common vision,” he said.

The Moroccan American Center for Policy (MACP) is a non-profit organization whose principal mission is to inform opinion makers, government officials, and interested publics in the United States about political and social developments in Morocco and the role being played by the Kingdom in broader strategic developments in North Africa, the Mediterranean, and the Middle East.