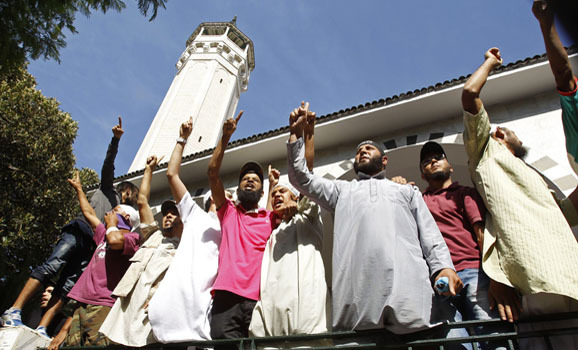 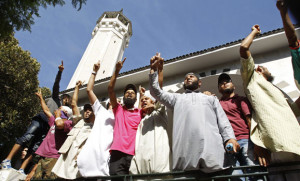 The president office’s spokesman, Adnene Manser, has described the criticisms made by the US government through its Tunisian embassy after the last week sentence of 20 assailants of the U.S. embassy in Tunis as “unacceptable” during an interview on Kalima; a private radio station.
Washington considers the judgment rendered by the court is lenient and wishes for more to be done. The act is believed to be carried out by the Salafists as reactions to an American online movie making mockery of Islam A Tunisian court gave the assailants a two-year suspended prison sentences for taking part in the attack on the embassy last September, in which four of the assailants were killed and dozens wounded. Adnene Manser said the comments made by the US “are out of place both from the political point of view and from the point of view of our relations with the United States.”
The statement released by the American embassy in Tunis said the government failed to show a stronger stance against the use of violence with the judgment and added that it was “deeply troubled” by it. It also stated that the government “through its actions” must showcase that “there is no tolerance for those that encourage and use violence to meet their objectives. The May 28 decision fails in this regard.” Adnente Manser said such a statement is “unacceptable” because the government is not in support of violence.
The remarks of Manser are contradictory to those made by Justice Minister Nadhir Ben Ammou who said, “We understand the reaction of the United States given that they were the injured party, that the damage was huge and that the sentences were lenient.” An appeal has been lodged by the public prosecutor’s office.