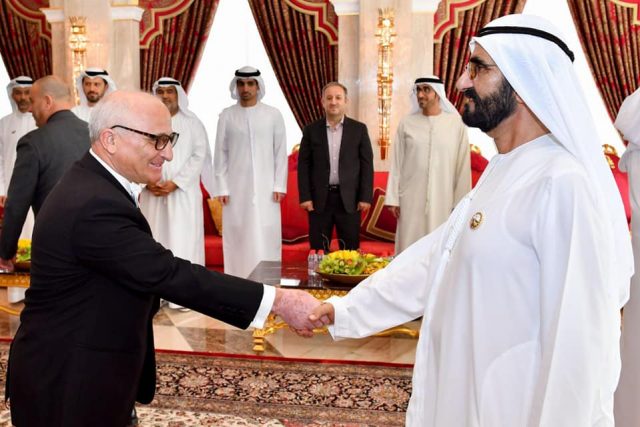 Moroccan Pr. Yazami Honored in Dubai for his Work on Lithium-ion Batteries 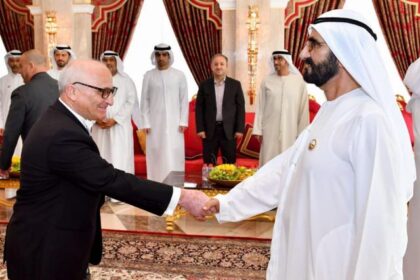 Moroccan scientist Rachid Yazami has been awarded the Mohammed Bin Rashid Medal for Scientific Excellence, the highest Emirati scientific honor, for his outstanding contribution to the development of lithium-ion batteries for mobile phones, and electric cars.

Professor Yazami was honored with the lifetime achievement award for inventing the graphite anode (negative electrode) of lithium-ion batteries.

The temperature of rechargeable metallic lithium battery can soar quickly to dangerous levels, leading to explosions and fire hazard. But the Moroccan scientist added graphite to the components of the anode in his experiments and succeeded in making the batteries safe to charge.

He developed a smart chip that can tell how healthy a battery is and if it’s safe to use.

If the battery in a smartphone or electric vehicle is faulty and at risk of catching fire, the smart chip sends a warning to the user.

The chip is small enough to be embedded in almost all batteries, and can tell the exact state of battery’s charge.

He describes the technology as “placing a brain in each battery, so that it can connect with the person who’s using it.

“It’s very important to know how much charge is left in your car battery if you are driving.

“Cars do tell but it is inaccurate,” he was  quoted by the UAE paper The National as saying.  Prof Yazami said the smart chip could change that.

He believes safety is paramount when it comes to using batteries.

“Batteries are a fire hazard, they explode and we need to prevent this.”

“We hear of people dying because of battery explosions. The temperature can go up to 1,000°C in case there is a blast.”

He appealed to young Arabs to pursue their dreams irrespective of their background.

Around 95 pc of batteries produced globally use currently the technology discovered by Pr. Yazami who had not patented his lithium-graphite anode invention. Now, he has over 150 patents bearing his name for work done in different battery technologies.

After completing his schooling in Morocco, Pr. Yazami moved to France to study engineering and pursue a doctorate in materials sciences. He worked for the French National Scientific Research Centre for almost 40 years and is a lead scientist at Nanyang Technological University in Singapore. He founded The Battery Intelligence Company in Singapore, which has been promoting this technology for 10 years.