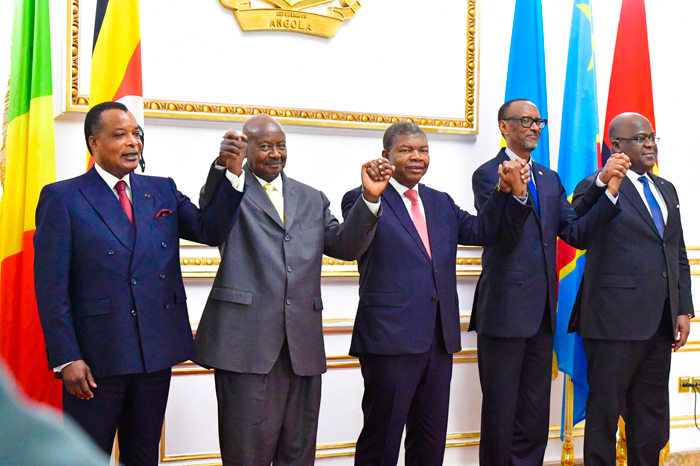 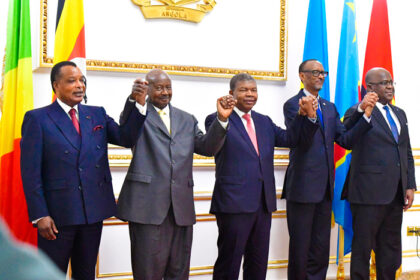 Uganda’s President Yoweri Museveni and his Rwandan counterpart Paul Kagame have agreed on Monday to improve relations after tensions led to the closure of the main border between the two nations.

In a summit in Luanda, the Angolan capital, the two leaders also agreed to “take subsequent steps towards peace, stability, neighborliness and restoration of mutual trust”.

The summit was attended by Democratic Republic of Congo President Félix Tshisekedi.

President Museveni and President Kagame agreed that their countries would “refrain from the perception of supporting, financing, training and infiltration of destabilizing forces in their neighbor’s territory”, according to a communiqué released after the summit.

The two leaders agreed to hold a summit at the Katuna/Gatuna border point between the two countries on February 21.

The presidents also undertook, in the spirit of Pan-Africanism and regional cooperation, to comprehensively cooperate in politics, security, defense, trade, and culture.

Rwanda closed its border with Uganda at Gatuna in February last year, barring any movement of merchandise from Uganda. Several people, both Ugandan and Rwandan citizens, have since been shot dead or wounded while trying to cross the border to Rwanda.