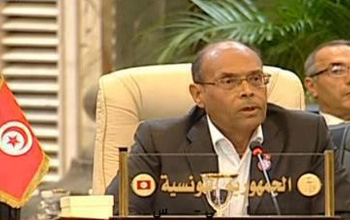 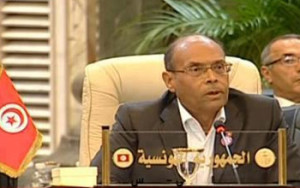 President Moncef Marzouki stated that Tunisia is progressing since the end of the revolution, and it will be a state of true democracy in 2018, during a speech delivered at the Economic Policy Research Foundation of Turkey (TEPAV) in Ankara. It was under the theme “Tunisia’s pioneering role in the transformation of the Middle East and North Africa.”
According to the president, his “dream is to bring democracy to the people of Tunisia in five years of time.” He quickly added that it could be realized when the necessary “political, social and economic reforms are there.” The country is heading towards “another era of success” but warned that the government could fail in accomplishing their mission. He hailed the revolution that ended Ben Ali’s regime. He said the dynamics of the revolution was “societal consensus” but highlighted that it will only be a “a true spring” if the government can uphold the principles of democracy. He claimed that Ben Ali ruined Tunisian democracy because “he oppressed” the democratic foundations before him.
The president acknowledged that they are going through difficult times and they need proper planning to overcome challenging economic and social problems. He recalled that the revolution was held “due to economic and social problems” but the current government needs more time because “rooted reforms do not happen overnight.”
“There would be other revolutions to follow this one” because Tunisia was not only testing itself but the whole region although “we are not trying to export our revolution nor want to export our revolution to somewhere else or to other nations,” President Moncef stated.
He concluded his speech by admitting that the transitional period is crucial for Tunisia’s economy because investors want security and stability first before engaging themselves.