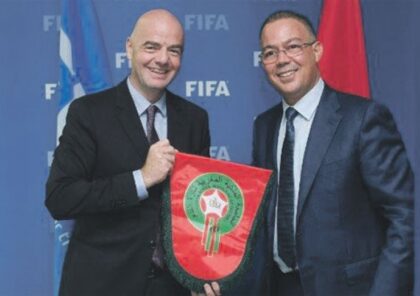 World football governing body, FIFA, Sunday officially backed the kingdom of Morocco to host the 2020 African Cup of Nations (AFCON) futsal tournament in Laayoune, noting that the city to welcome the championship is Moroccan.

FIFA’s endorsement, posted on Twitter, deals a blow to both Algeria and South Africa, which lobbied the African football governing body, CAF, to change the venue of the tournament slated from Jan. 28 to February 7.

CAF has refused to succumb to pressures of Algeria and South Africa as the decision to stage the event in the kingdom was made unanimously back in 2018.

South Africa, lodged in group A with Morocco, Libya and Equatorial Guinea, decided not to take part in the Fustal over the venue of the tournament, Laayoune.

The sovereignty of Morocco over Laayoune and the rest of the Sahara provinces is challenged by the separatist Polisario Front, which is supported by Pretoria and the ruling ANC.

After South Africa’s withdrawal from the tournament, CAF has chosen Mauritius to replace Bafana Bafana.

As stipulated in article 80 of the regulatory provisions, if a qualified team withdraws before the start of the final tournament, it is replaced by the team that comes next in the group’s classification.

The Mauritius team already arrived in Laayoune to take part in the tournament.
The president of the Mauritian Football Federation, Soubha Samir, said he was proud of the choice of CAF. “It is an honor to participate in CAN Futsal, because it has been 40 years since we got a participation in a final phase of a continental competition,” he said.

The top three teams in the Laayoune tournament will represent Africa at the 2020 FIFA Futsal World Cup to be held in Lithuania from Sept.12 to Oct.4.