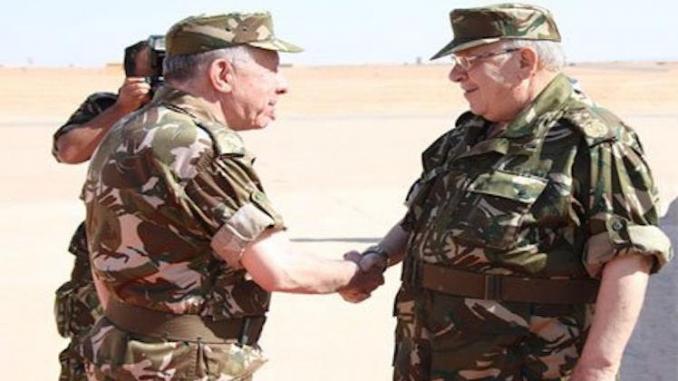 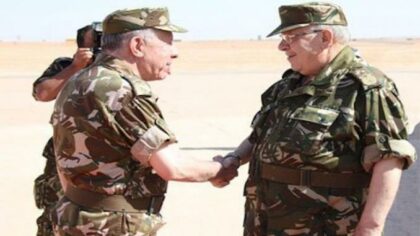 Same old wine in a new bottle, an adage that sums up the swift succession at the helm of the Algerian regime with the passing away of the all-powerful Gaid Salah who was replaced by border general Said Chengriha.

In Morocco, the mood regarding the recent developments in Algeria is on the wait and see, especially as Chengriha was in charge of the western border region of Tindouf, home to the base of the Algerian-backed Polisario separatists who dream of setting up an unviable state in Morocco’s south.

The Algerian protests known as Hirak demanding the stepping down of the old guard kept up their momentum after the departure of long-ruling and ailing Abdelaziz Bouteflika. The movement unveiled the masks on the power of the military establishment as defacto rulers of the oil and gas rich country.

Morocco officially refrained from commenting on the Hirak while most Moroccans looked at it with optimism, hoping that the pressure for democracy would favor conditions propitious for Maghreb integration.

But the election of Abdelmejid Tebboune, believed to be the army’s candidate, to the Presidency followed by the rise of Chengriha as chief of staff bodes ill for Moroccan-Algerian rapprochement as both of them have by the recent past expressed hostility and indifference to the fate of the Maghreb integration project.

There was a time when Chengriha called Morocco “enemy state.” Chengriha’s outspoken hostility to Morocco is unrivaled among Algerian officials. His remarks in 2016 during military games on the border in Tindouf amounted to a casus belli when he called Morocco “an enemy of Sahraouis and of Algeria”. He went on to describe the north African Kingdom as an occupant of the Sahara.

The Polisario as a puppet of the Algerian army is also believed to have been boldened by Chengriha to commit numerous ceasefire violations in the area east of the security wall. The repetitive incursions and provocations of the separatists east of the berm cannot happen without prior approval of Chengriha, head of the Algerian army in the south-west.

Myopic to the demands of the Algerian people as expressed in a popular Hirak, the Algerian military establishment continues to dig in its own grave by sticking to a leadership adamant on maintaining an authoritarian status quo at a time combustible material of corruption, unemployment and financial hardship continues to pile threatening Algeria’s domestic cohesion.

In the midst of such dim prospects, the military rulers facing a pro-democracy movement at home may consider shifting attention by using the card of the foreign threat which in their doctrine is usually Morocco, a country whose leadership has on multiple occasions called for a win-win Maghreb integration and whose calls usually fall on deaf Algerian ears.