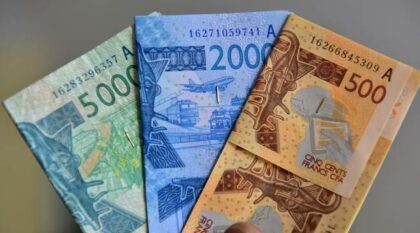 Côte d’Ivoire’s President Alassane Ouattara has announced that West Africa’s monetary union has agreed with France to rename its CFA franc the Eco and cut some of the financial links with Paris.

The CFA will undergo three major changes, according to Ivorian President Alassane Ouattara. The name will change to Eco in 2020; France, would not be governing the management of the common currency; and ultimately, Côte d’Ivoire and the seven other countries that use the CFA franc would “stop holding 50 percent of the reserves in the French Treasury.”

The CFA franc, linked to former colonial ruler France has always been condemned for its representation of neo-colonialism. The Eco will still be pegged to the Euro, but the French representative on the board of the regional central bank will be removed, giving autonomy to the body.

France’s President Emmanuel Macron, who jointly announced the end of the CFA franc in Abidjan on Saturday, said that this move was made in order to end Françafrique monetary ties.

No other country “shares the language, the culture and the dream of Côte d’Ivoire and the African continent like France does. None,” said Macron at the conference announcing the change.

Supporters of a single currency say it will facilitate trade, lower transaction costs and payments amongst ECOWAS’ 385 million people.

Managing Director of the International Monetary Fund, Ms. Kristalina Georgieva, welcomed the reforms to the WAEMU’s CFA franc currency arrangement announced by Presidents Ouattara and Macron in Abidjan. The mesaures constitute a key step in the modernization of long-standing arrangements between the West African Economic and Monetary Union and France, she said in a statement released Saturday.

“The announced measures build on WAEMU’s proven track record in the conduct of monetary policy and external reserve management. In recent years, the WAEMU has recorded low inflation and high economic growth, the fiscal situation has improved, and the level of foreign exchange reserves has increased,” the IMF chief noted.

“The reforms also maintain key elements of stability that have served the region well, including the fixed exchange rate with the Euro and the guarantee of unlimited convertibility provided by France,” she said.

“The IMF stands ready to engage with the regional authorities, as needed, and to support the implementation of this important initiative.”

After the launch date of West Africa’s single currency has been postponed several times, the Eco is expected to be adopted in 2020.

A report by the African Development Bank Group (AfDB) indicates that for countries to meet the 2020 deadline for the single currency, the region needs to align with its monetary and fiscal policies expeditiously.

Countries are required to meet ten convergence criteria, set out by the West African Monetary Institute (WAMI), by the 2020 deadline.