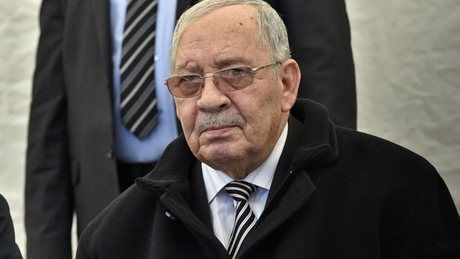 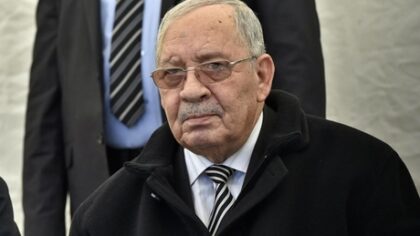 Algeria’s powerful army chief and the country’s de facto ruler Ahmed Gaid Salah died Monday morning after he was admitted to the military hospital of Algiers after a heart attack Sunday night.

His death was confirmed by state radio and state news agency APS, which also announced that President Abdelaziz Tebboune declared an exceptional full week of mourning.

Gaid Salah is being replaced on a temporary basis by another high-ranking general, Said Chengriha, according to state radio.

A veteran of Algeria’s war for independence, General Ahmed Gaid Salah, 80, headed Algeria’s military for a record 15 years. He was perceived as the guardian of the military-dominated system that has been in power since independence and was considered Algeria’s de facto strongman following the resignation of President Abdelaziz Bouteflika and the ensuing months-long protests.

He also played a key role in the organization of the December 12 presidential elections that brought to power Abdelaziz Tebboune.

He commanded several regions before becoming chief of Algeria’s land forces at the height of a decade-long civil war pitting the regime against Islamist insurgents.
In 2004, as he reached retirement age, he was picked by Bouteflika to replace chief of staff Mohamed Lamari, who opposed the president’s quest for a second mandate.

The death of Gaid Salah, who was also reportedly close to the country’s new President, Abdelmadjid Tebboune, comes at a time of bitter political divisions over the military’s dominant role in the North African country, where mass protests have been claiming for months a total change of the ruling old guard and the withdrawal of the army from politics. Will his death bring about the change wanted by Algerians?