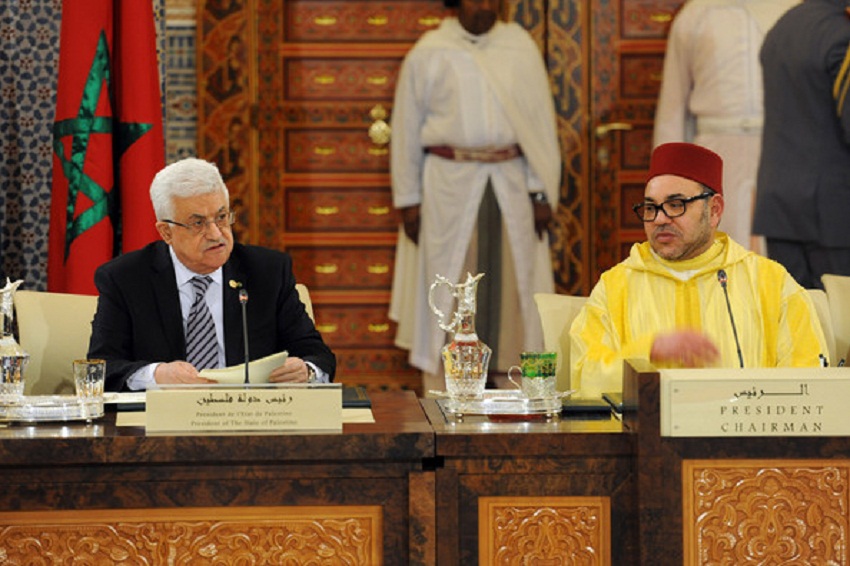 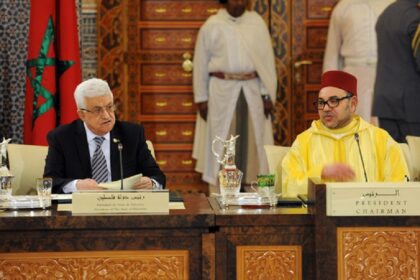 The unwavering support of King Mohammed VI to the Palestinian cause and his tireless efforts to preserve the holy city of Jerusalem have been highlighted at the celebration of the 50th anniversary of the creation of the Organization of Islamic Cooperation (OIC) held in Rabat.

In this connection, Palestinian President Mahmoud Abbas commended Morocco’s unwavering positions in support of the Palestinian cause, as reiterated by King Mohammed VI on the celebration of the OIC 50th anniversary, reported the Palestinian news agency Wafa, Friday.

Actually, the Palestinian issue and the sacred city of Al Quds took pride of place in the King’s message to participants in the commemoration ceremony. “The prime source of our strength and unity, and our greatest motivation to exert further efforts, is our firm belief in the justness of our foremost cause, namely the question of al-Quds and Palestine,” the king stated.

As Chairman of the al-Quds Committee, the Monarch reaffirmed Morocco’s unwavering commitment to defending al-Quds Al-Sharif and Palestine at political, diplomatic and legal levels in order to safeguard the legitimate rights of the Palestinian people.

According to Wafa, the Palestinian President praised “the fraternal and bold positions” of the Monarch who called on the international community to adopt a roadmap to ensure the implementation of relevant resolutions of international legality and end Israeli occupation within the two-state solution.

The positions expressed by King Mohammed VI are in line with the constant attitudes of the Kingdom of Morocco in support of the Palestinian people and cause, said the Palestinian President.

Mahmoud Abbas also highlighted the importance of the actions led by Bayt Mal Al Quds Agency, under the chairmanship of the Monarch. These actions seek to help the population of Jerusalem and bolster their resilience in the face of the policy of systematic Judaization aimed at altering the legal, historical and demographic status of the Holy City.

Before the Palestinian President’s comments, Saudi Foreign Minister Prince Faisal Bin Farhan Al-Saud hailed the historical and continuous commitment of the Kingdom of Morocco to defend the issue of Al Quds Asharif.

Speaking at the 50th anniversary commemoration Thursday, the Saudi Minister emphasized the leading role played by late king Hassan II as the head of the Al-Quds Committee, a role that is being carried on by King Mohammed VI. These efforts seek to put the spotlight on the centrality of the Al-Quds Asharif issue and its historical and symbolic status in the hearts of all Muslims.

Surveying the evolution of the OIC since its creation in 1969 and its efforts to safeguard the Islamic holy sites, Prince Faisal insisted that the organization’s mission is to support the fight of the Palestinian people to recover their rights, to combat racial discrimination and to promote international peace and security on the basis of the values of law and justice.

The commemoration of the OIC 50th anniversary, under the theme, “Morocco: modernization and action”, provided an opportunity to reiterate the importance of the Kingdom in the promotion of Islamic action through its various contributions to the activities of the organization.

The celebration was marked by the presence of ministers and representatives of the troika of the Islamic Summit (Turkey, Saudi Arabia and The Gambia), the ministerial troika (Bangladesh, United Arab Emirates and Niger), the OIC Secretary General, as well as several imminent figures from the Islamic world, and representatives of several Islamic countries and organizations and members of the diplomatic corps accredited to Morocco.