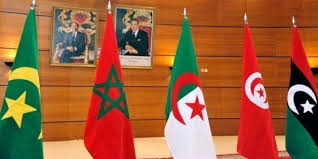 Taïeb Baccouche, Secretary General of the Arab Maghreb Union (UMA) commended on Wednesday the strong commitment of King Mohammed VI to advancing this regional bloc, stressing the need to speed up the integration of the region and the opening of borders between Maghreb countries.

The royal initiatives pave the way to the countries of the region to overcome all obstacles hindering their integration, said Mr. Baccouche during a meeting in Rabat with Speaker of the House of Representatives, Habib El Malki.

Talks covered latest political developments in the region, and the fight against terrorism, he added, noting that the current economic challenge the Magheb is facing requires a coordination of stands and efforts by the UMA member countries (Algeria, Morocco, Tunisia, Libya and Mauritania).

He cited in this regard, the entry into force of the African Continental Free Trade Area (AfCFTA) and its impact on the Maghreb region.

For his part, Mr. El Malki reiterated Morocco’s unwavering commitment to the building of the Maghreb Arab Union, stressing that countries of the region face common challenges that require increased coordination and joint action.

He also affirmed that the promotion of peace and stability “cannot be achieved without the respect of territorial integrity of countries, the unity of their peoples and without a collective fight against terrorism”.

The UMA secretariat General is headquartered in Rabat.