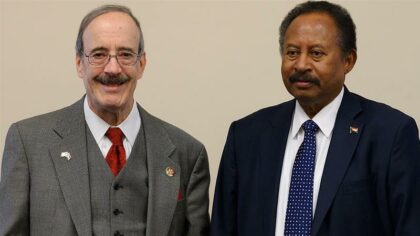 After a 23-year gap, the United States and Sudan are now planning to exchange ambassadors, the US State Department announced on Wednesday.

“We are pleased to announce that the United States and Sudan have decided to initiate the process of exchanging ambassadors after a 23-year gap,” the State Department said as Sudanese Prime Minister Abdalla Hamdok was starting his first visit to Washington.

This decision is a meaningful step forward in strengthening bilateral relationship, particularly as the civilian-led transitional government works to implement the vast reforms under the political agreement and constitutional declaration of August 17, 2019, it added.

Sudan was designated a state sponsor of terrorism in 1993 under former US President Bill Clinton, cutting it off from financial markets and strangling its economy.

In 2017, Washington lifted a 20-year trade embargo against Sudan and was in the process of removing it from the US black list when the military stepped in on April 11 to depose veteran autocrat Omar Al Bashir, who ruled Sudan for 30 years.

The relationship between Washington and Khartoum has improved since the overthrow of President Omar al-Bashir and the formation of a civilian transitional government in August.

Prime Minister Abdalla Hamdok held talks Wednesday with Under Secretary of State for Political Affairs David Hale on pathways to strengthening bilateral relations, as well as cooperative efforts that can accelerate progress in bringing definitive peace between the government and Sudan’s armed opposition groups.

During the meeting, David Hale expressed unwavering US support for Sudan’s democratic transition.