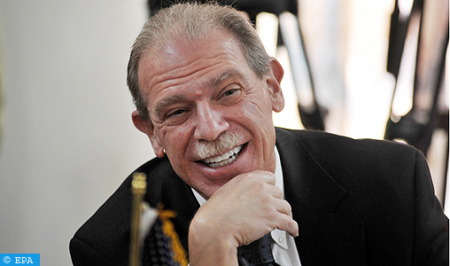 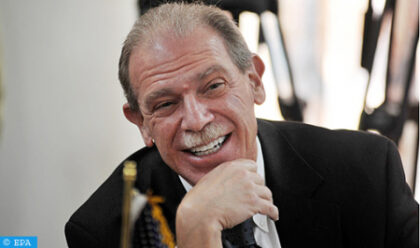 Morocco is currently a bright spot in the Middle East and its stability and economic and social progress are important anchors for the North Africa region, said Senior Vice President of the Washington-based Middle East Institute, Gerald Feierstein.

“Morocco is currently a bright spot in the Middle East. With a challenging political situation in Tunisia and Algeria and the civil war in Libya, Morocco’s stability and economic and social progress are important anchors for the North Africa region,” said Gerald Feierstein in an interview with MAP bureau in Washington, on the eve of US Secretary of State Mike Pompeo’s visit to Morocco this week.

He also explained how Washington “continues to look to Morocco to help advance important regional objectives, including combating violent extremism and promoting a just and sustainable resolution to the Israeli-Palestinian dispute.”

About Morocco’s role in the fight against terrorism and the promotion of inter-religious dialogue, the carrier diplomat said the North African Kingdom is playing an important role not only in its representation of moderate schools of Islamic thought and its promotion of inter-faith dialogue but also in its efforts to expand religious understanding through education.

“Morocco’s initiatives in the areas of de-radicalization and the education of imams are among its most important contributions to the fight against extremism,” he said.

Feierstein, who also served as Principal Deputy Assistant Secretary of State for Near Eastern Affairs, touched on US-Moroccan longstanding relationship saying that the Trump Administration is clearly committed to preserving this strong relationship.

He added that there are a number of opportunities for bilateral cooperation in areas of mutual interest, including advancing economic and commercial interests on the African continent.

“In the future, cooperation in areas like global climate change, environmental protection, the challenges of refugee and migration flows, and strengthening civil societies and respect for human rights and civil liberties in the region is all possible,” he said.