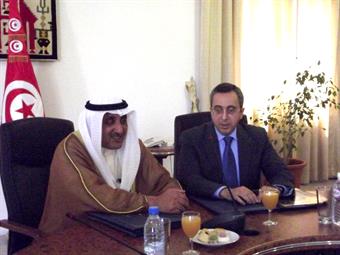 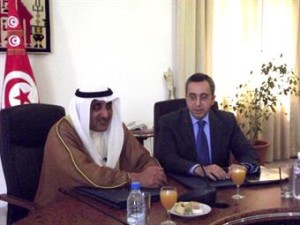 The Kuwait Fund for Arab Economic Development (KFAED) and the Tunisian government have signed a loan agreement of $88 million. The loan will help develop a transmission and distribution network of natural gas produced locally.

Minister of Development and International Cooperation Lamin Al-Dughry signed the loan agreement while the Chairman of the Tunisian Company of Electricity and Gas inked the second one. The natural gas project will provide two gas compressions with a capacity of about 600,000 cubic meters per hour each, and it will cover about 220 kilometers with a network of almost 25 municipalities located in the northern region of Bizerte and eastern region of the country. KAFED considers the natural gas produced locally as the “cleanest types of primary energy” with low cost.

Shortly after the signing ceremony, Minister Lamine Doghri said the loan is “very significant.” The implementation of the project will help Tunisia to transfer Algerian gas and internal and external stations to the country. KFAED Director-General Abdulwahab Al-Bader said it is one of the most important projects they have funded in Tunisia. He reassured the government of their continuous support in development projects. The two partners have been enjoying a good relationship for more than half a century.

The recent agreement marks the 32nd loan extended by KFAED to Tunisia. It has benefitted from loans worth more than $474 million for the financing of projects in various sectors. In addition, the fund has also provided Tunisia with technical assistance worth KD 100,000 (USD 350,000) to finance feasibility studies for a shore protection project in Agir-Gerba. Tunisia is now planning to have motorway projects financed by the Kuwait Fund for Arab Economic Development.