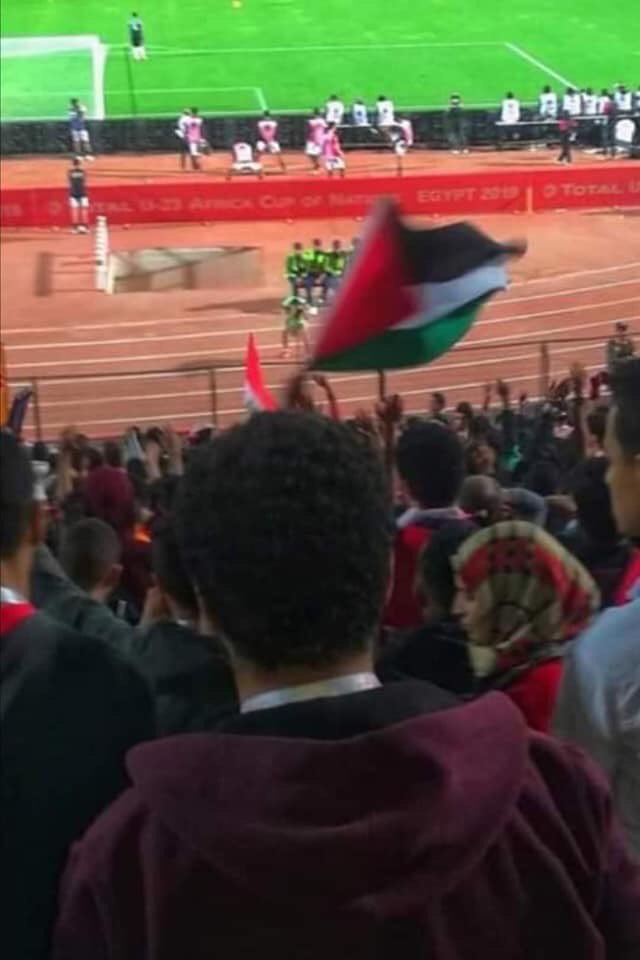 Palestine-Egypt: Is flying Palestinian flag in stadium a breach to the law? 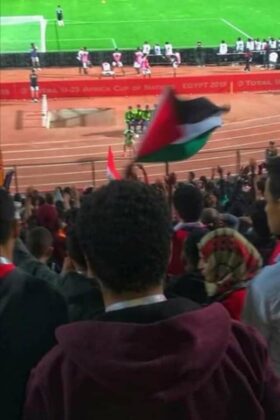 Egyptian security forces in plain clothes arrested earlier this week a football fan in a stadium in Cairo for flying the Palestinian flag during a match between Egyptian and South African Olympic teams.

The move caused outrage on social media and in the stadium. Ahmed Elbaqry, a former vice president of the Egyptian students’ union, took to Tweeter to criticize Egypt for bowing down to Israel, the occupier of Palestinian territories.

“A youth who raised the Palestinian flag in the Cairo stadium in support of Palestinian people against the occupation was arrested, in another shameful act by this regime which kneels to the will of the Zionist entity,” Elbaqry wrote.

During the match, several Egyptian players, including Mustafa Mohammed and Osama Jalal, showed their solidarity with Palestinians by covering one eye in support of Muath Amarneh, a Palestinian freelance photographer who lost an eye after being shot by Israeli soldiers while covering a demonstration in the occupied West Bank last week.

The fans, 73,000 in the stadium also chanted “our soul, our blood, we sacrifice for you Palestine” in honor of the Palestinian people.

Egypt is the first Arab country to establish diplomatic relations with Israel, in 1979. The relations have covered several areas including security.