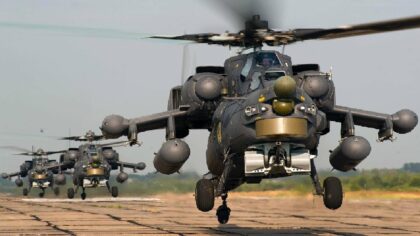 Morocco is filling the gap in terms of offensive air capabilities with the acquisition of  36 mighty Apache helicopters and related equipment for a total cost of 4.25 billion dollars.

Previously announced by the US Defense Security Cooperation Agency (DSCA) on 20 November, the deal was green lighted by the US Department of state describing Morocco as a major non-NATO ally.

“This proposed sale will support the foreign policy and national security of the United States by helping to improve the security of a major Non-NATO ally that is an important force for political stability and economic progress in North Africa,” the DSCA said in a statement.

The Apache remains one of the best performing attack helicopter since it was first launched in 1989.

The AH-64D Longbow was deployed by the US Army in Afghanistan as part of Operation Anaconda, in support of Operation Iraqi Freedom and, from June 2003, in South Korea.