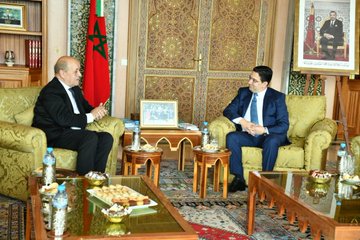 During his latest trip to Morocco in June, Jean-Yves Le Drian had discussed with Moroccan officials the high-level French-Moroccan meeting scheduled for December 19 in Paris.

Such meetings are meant to consolidate further relations between the two countries. The latest high-level meeting, convened in Rabat in Nov.2017, highlighted by the signing of 24 cooperation agreements in the areas of youth, transport, innovation, state reform, decentralized cooperation, IT, education, culture and port infrastructure.

This meeting had focused on five cross-cutting, dynamic axes of the Moroccan-French exceptional partnership, namely Africa, youth, innovation, mobility and migrations, as well as on regionalization and decentralized cooperation.

The meeting had also made joint projection in Africa a priority of French-Moroccan relationship.