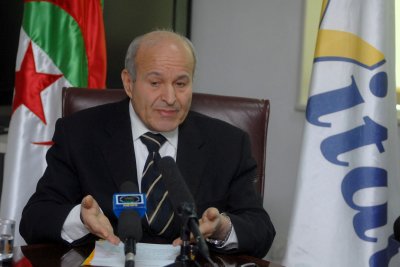 Can Issad Rebrab be a Presidential Hopeful in Algerian Coming Elections?

North Africa PostMay 4, 2013 7:36 am
Back in 2012, Issad Rebrab was listed as a potential candidate to Algeria’s presidential elections initially scheduled for April 2014 and press reports had then said that the man had already set up a campaign team made up of former cabinet members, businessmen and media figures. 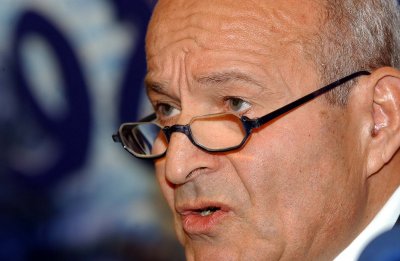 Last week, after President Abdelaziz Bouteflika suffered a stroke and was admitted to a Parisian hospital, presidential elections in the North African country made the headlines and fuelled more comments and gossip.
Although his name was not circulated with insistence this time as a potential successor to Bouteflika, Issad Rebrab, born in 1944 in Taguemount-Azouz in Kabylie, is viewed as a presidential hopeful in the coming presidential race that will be rather difficult and incomparable to all previous races held since the country’s independence, in view of the new political context and the changes that swept over the Arab world over the past two years.
Rebrab, the founder and CEO of Cevital Groupe, one of the largest industrial conglomerates in Algeria and in North Africa, which generated a turnover of $ 3.5 billion in 2012, is said to be among the candidates who have chances to win if the Military take hands off politics and if the elections are transparent and honest.
The reasons for his chances lie in his long experience as a successful businessman and manager, in his deep knowledge of his country’s economic problems and in his confidence in the potential of his country and that of the entire region.
In a country where the state runs all wealth-generating sectors, Rebrab anticipated globalization and focused on the future. Known for his rigor, rationality and tremendous tenacity, Rebrab founded his first company in 1971 by acquiring a 20% stake in Sotecom, an Algerian metallic construction firm. He subsequently created and acquired several metallic construction firms between 1971 and 1988, including steel pipe manufacturer Metallor and Nord Metal, a manufacturer of wire mesh. In 1998, he founded Cevital-Spa, Algeria’s largest food processing company, which is now the flagship of the group. Today, Cevital is the dominant manufacturer of food and beverages in Algeria and produces over 2 million tons of sugar annually.
Cevital’s other assets include a port unloading terminal in the Mediterranean basin; Cevital Minerals, which mines industrial dolomite and quartz sand; exclusive distributorships for Hyundai and Fiat in Algeria,  agricultural produce firm Ceviagro, and Samha, which assembles and markets Samsung products in Algeria. Cevital employs over 12,000 people. Isaad Rebrab is also the owner of independent daily “Liberté”.

Issad Rebrab who always boasts confidence in the future, both in his country and in the whole Maghreb region despite his awareness of the stakes of global competition, is also fully aware of the challenges facing Algeria, on top of which comes unemployment.
In a recent interview, he warned that by 2020, Algeria will have 10 million unemployed people, a situation that may lead to an extremely serious social crisis if unresolved.
He urged in this vein the administration, which cannot create the required numbers of jobs, to encourage the private sector, facilitate access to land, lower bureaucratic barriers, stimulate the creation of small and medium enterprises and allow private companies to invest in large projects upstream (petrochemicals, steel, cement.)
With this call, he was probably referring to his own problems with Bouteflika’s administration which repeatedly excluded him from many major projects. He has thus been refused authorization to construct an aluminium complex that was to be the largest in the world in terms of production capacity. The project was later on awarded to Qatar which also won the construction of a steel complex to which the Kabyle businessman has submitted a bid. The media, reporting on the long-lasting conflict between Bouteflika and Rebrab, had then quoted the Algerian President as saying that does not want to create a Berlusconi in Kabylie.
Ensuring food security is another major challenge facing Algeria, warns the businessman who also stresses the need for the country to prepare itself for the post-oil era. By 2025, the country will consume more and export less oil and gas, while about 98% of its exports currently consist of hydrocarbons.
Issad Rebrab who has a clear vision of the situation in his country and of the needed reforms to settle the economic and social problems likewise has a clear vision of what should be done at the level of the Maghreb to make it win the global competitiveness challenge.
One of the solutions he upholds is a greater cooperation between Europe and the Maghreb to create a synergy between the two groups. Europe which is losing ground in matters of competitiveness would benefit greatly if it invests more in the southern shore of the Mediterranean, where skilled labor is cheap and logistics are generally adequate. With a higher growth rate, the Maghreb will have a direct positive impact on the European economy, he says.

“The business tycoon also insists that economic operators and investors must have confidence in the Maghreb countries. He does not deny the existence of many obstacles, but argues that opportunities are greater.”

He also believes that the Maghreb community will not be set up on political grounds but rather on economic ones. Entrepreneurs can succeed in setting up the Maghreb, a task where politicians have so far failed, argues the Algerian businessman who calls on Maghreban countries to overcome divisions and put an end to their exacerbated nationalism, since what unites them is by far more important than what divides them.
So, will this tycoon run for the coming presidential elections? Has he any chances to win? Anyways, many analysts deem that the Algerian electors will hardly be lured by candidates known for their intimate connection or connivance with the system or who already held ministerial or political positions because of the rift between the citizens and the institutions which is so wide and which harms the credibility of the system’s friends. The political landscape needs new figures and politics new blood. Will the Kabyle businessman be the answer?
CATEGORIES FeaturesPortraitProfile
Share This