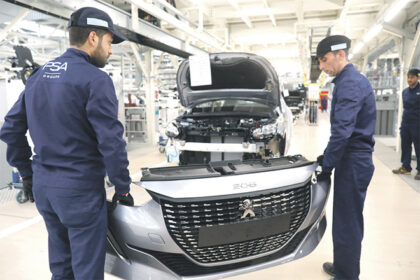 A merger between French automaker PSA, which already operates a plant in Kenitra, and Italian FCA could pave the way for the setting up of a FIAT factory in Morocco, said Industry and Trade Minister Moulay Hafid El Alamy.

Speaking at a meeting in Italy, held by Morocco’s export promotion agency (AMDIE) and the Italian association of international automakers, the Minister highlighted Morocco’s competitiveness for car makers, citing the industrial clusters around two large-scale investments by Renault and PSA in Tangier and Kenitra respectively.

The Minister told Moroccan economic website, Media 24, that Morocco expects to attract some 50 Italian car part suppliers by 2021, adding that Morocco offers incentives to such investors including in terms of taxes, state subsidies, well-trained workers and engineers and sound infrastructure and logistics.

He said Morocco is building on the success of Peugeot and Renault plants to attract more manufacturers and car part suppliers. In this respect, he didn’t rule out the possibility of a factory in Morocco by Fiat.

“We are not limiting ourselves to two car manufacturers because Morocco has a national strategy to become a serious and key player in the automotive world,” he said.

Jobs created in the automotive sector reached 116,000 by mid-2019, while the part of locally produced parts in Renault and PSA cars stand at an average of 50% with the goal of bringing that rate to 65% in 2020.

These achievements are all thanks to the industrial acceleration plan as Morocco is moving at a faster pace bringing the rate of locally produced parts to 50.5%.

Morocco unseated South Africa last year from the top of the podium of African car producers. The North African country produced 402,000 cars in 2018, a number which is set to increase as PSA plans to produce 100,000 cars in its Kenitra factory, with a goal of reaching a production of 200,000 cars annually, while Renault, which is now producing 12% of its cars globally in its Tangier factory, expects to produce 500,000 in its Tangier and Casablanca plants.

China’s Byd is also on its way to launch production of electrical vehicles in the country.