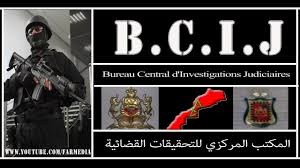 The suspects, aged 30 and 34, had plotted to carry out terror attacks across Morocco, a statement from the BCIJ said.

An investigation into the two suspects revealed that they were promoting ISIS ideology.

During the arrest operation, the BCIJ seized several electronic devices as well as knives.

The security services put the suspects in custody for further investigation into their role in the planning of terror acts.

The operation is part of Morocco’s approach to combat terrorism, including the threat posed by ISIS and its supporters, the statement concluded.

Most recently, on November 12, the BCIJ arrested an ISIS-linked extremist on suspicion of prompting ISIS extremist ideology through electronic apps. The arrest operation took place in the city of Guelmim, southern Morocco.

The BCIJ also arrested seven ISIS-linked terror suspects in several regions across Morocco, including Chefchaouen, Casablanca, Ouazzane, and Dar Bouazza, a coastal town near the city of Casablanca, on October 25.

An impressive arsenal of war was seized during this operation, including firearms, (handguns, shotguns…), ammunition of various calibers, knives, axes, bullet-proof vests, Daesh flags and propaganda material of this terrorist organization, hoods, underwater fishing rifles…and a set of bags containing dangerous raw materials, which can be used to manufacture explosive.

Morocco established the BCIJ in 2015 to monitor security threats across the country. The BCIJ also assists foreign security agencies to combat terrorism. This cooperation is described determining and successful by many international partners including the US, France, Spain, and Belgium.