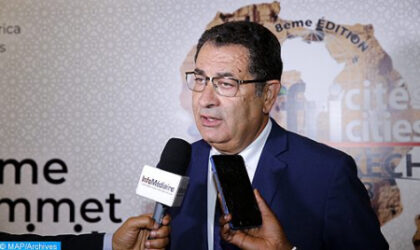 Mayor of the city of Al Hoceima and chairman of the Moroccan Association of Presidents of Municipal Councils (AMPCC), Mohamed Boudra was elected, on Friday in Durban, President of the Organization of United Cities and Local Governments (UCLG-World).

The candidate of Africa was elected by consensus following the withdrawal of Russian candidate, Mayor of Kazan, Ilsur Metshin.

The election of Mr. Boudra for the 2019-2022 period took place at the end of the 6th Congress of UCLG and World Summit of Local and Regional Leaders held in Durban Nov.11-15.

Representatives from the world of local and regional governments have come together in Durban to “define the global agenda of cities and regions for the coming years and to develop inputs for the upcoming international processes”.
They also reviewed the progress in the implementation of the SDGs and their impacts at local level.

In a statement to the media following his election, Mohamed Boudra praised the commitment of all UCLG members who contributed to the success of the congress and enriched debates both among themselves and with the civil society. “The huge task we are tackling today cannot be done without the commitment of everyone,” he said.

Echoing him, outgoing UCLG-World President Parks Tau (South Africa) conceded that the agenda for the coming years will be very busy and will require the energies and commitment of all members of the organization to achieve the set goals.

Mohamed Boudra is a Doctor of Medicine specializing in radiology. He has practiced until 2003 when he was elected head of the Communal Council and became Mayor of the Northeastern city of Al Hoceima.

Gathering nearly 3,000 delegates from around the world, the United Cities and Local Governments World Summit is considered the world’s largest gathering of local and regional leaders and stakeholders involved in local affairs.