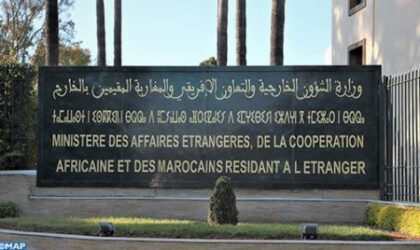 Cape Verde and Sao Tome and Principe have renewed this week their support to the Morocco-proposed autonomy initiative within the Kingdom’s territorial integrity as the only solution to the Sahara regional dispute.

In separate meetings with Moroccan Foreign Minister Nasser Bourita, in Rabat Friday, the Prime Minister of Sao Tome and Principe Jorge Lopes Bom Jesus, and the Foreign Minister of Cape Verde Luis Felipe Tavares reaffirmed their respective countries’ support for the Moroccanness of the Sahara, and insisted that the autonomy plan is the only basis for resolving this regional dispute while respecting the territorial integrity and national unity of Morocco.

“We also support the efforts of the United Nations as the exclusive framework for resolving this regional dispute,” Prime Minister Jorge Lopes Bom Jesus said at a press briefing after his talks with Bourita.

He added that the visit provided an opportunity to discuss several areas of cooperation, including investment in human capital.
Foreign Minister of Cape Verde Luis Felipe Tavares on his part said following his meeting with Bourita that his country “fully supports” Morocco’s sovereignty over the Sahara territory, and that the autonomy initiative is the only solution to the Sahara regional dispute.

Tavares is in Morocco to explore means to further boost bilateral cooperation. He commended the progress achieved in the North African country citing his experience aboard the TGV, which he took from Tangier to Rabat.

He also lauded King Mohammed VI for his leadership describing him as “a visionary sovereign” with a commitment to south-south cooperation.

Morocco is a “natural” candidate to join the Economic Community of West African States (ECOWAS), he said, adding that his country has supported Morocco’s request in that regards.