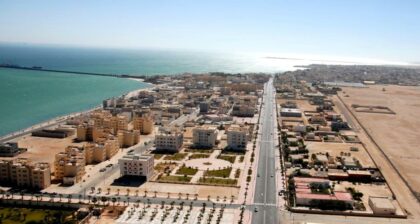 When Morocco retrieved the southern provinces from the yoke of Spanish colonialism, Laayoune was a smaller town lacking basic infrastructure and services like other cities in the Sahara. Now it has become a vibrant city topping the national average in terms of human development and well-being as the region enjoys the lowest poverty rates in the whole country.

The investments came at a cost of 124 billion dirhams without counting the 80 billion dirham plan announced in 2015 under the new development model for the southern provinces.

The total bill accounts for all the modernization effort, infrastructure building and basic services developing, according to Moroccan Al Watan AL An weekly, issued this Thursday Nov.14.

Morocco clearly wants the Sahara, its link and gate to Africa, to be a model of development for the whole country and a magnet for investments nationally and internationally.

Since 1975, the year the Sahara returned to its natural place as part of Morocco’s territorial integrity and sovereignty, the area has become an open-air workshop. The goal was to bridge the development gap between the northern part of the Kingdom and its south.

The Sahara, whose total population stands at about 1.2 million people, will open a new development chapter with a new development model worth 80 billion dirhams providing mainly for a highway between Tiznit and Dakhla, industrial phosphates units, Dakhla Atlantic port and other social and economic development projects.