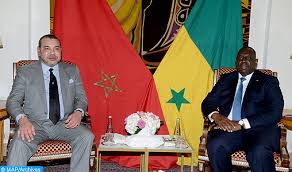 Senegal’s President Macky Sall lauded King Mohammed VI for his continental leadership and farsightedness describing him as a “champion of African unity.”

Makky Sall, who is on a visit in Tangier to attend the Medays forum, said the Moroccan monarch is a “champion of inter-African cooperation” citing the King’s leading role in promoting the continent’s development.

Morocco has longstanding ties with Senegal and West Africa, he said, adding that these relations were cemented by Islam and centuries-old trade traditions.

Moroccan-Senegalese relations in particular were further strengthened during the reign of King Mohammed VI, he said.

He commended Morocco’s African foreign policy thanks to which “the country retrieved its natural role in Africa.”

The Senegalese President also pointed to the significance of the visits by King Mohammed VI across Africa where Morocco forged more than 1000 cooperation agreements.