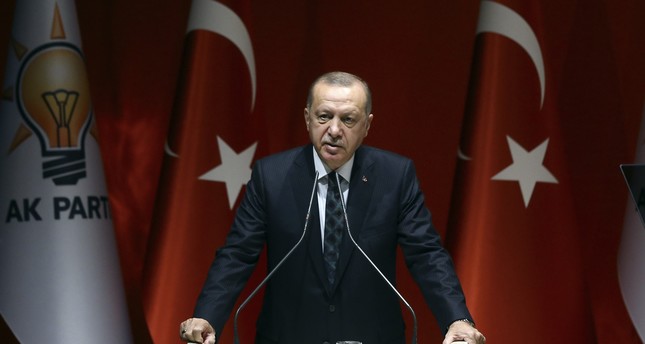 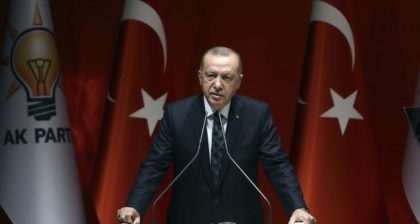 Turkish President Thursday threatened to let millions of Syrian refugees in his country to head to Europe after France, Germany and several other countries criticized the Turkish army offensive in Northeastern Syria and described it as an invasion.

Ankara would allow millions of refugees to head to Europe if the bloc insists on its baseless criticisms against Turkey’s military operation in northern Syria, President Recep Tayyip Erdoğan warned the EU Thursday.

Recep Tayyip Erdoğan in an address at a meeting of provincial heads of his ruling Justice and Development Party (AK Party) in capital Ankara blasted the lack of support from EU countries that took a stand against Turkey’s ongoing offensive in Northern Syria.

Turkey seeks to establish a safe zone there where it will relocate 3.6 million Syrian refugees currently in Turkey.

“If you try to frame our operation there as an invasion, our task is simple: we will open the doors and send 3.6 million migrants to you,” he said.

“Now they say they will withhold €3 billion from us. Have you kept any promise you gave us so far? No.”

Erdogan was referring to the agreement with EU in March 2016 on a €6 billion ($6.6 billions) aid package purported to help Turkey handle the Syrian refugees it agreed to keep on its territory following fears expressed by EU members.

Turkey took the responsibility of discouraging irregular migration through the Aegean Sea by taking stricter measures against human traffickers and improving the conditions of the Syrians living in Turkey.

According to official figures, disclosed by pro-government Daily Sabah, Ankara has so far spent $40 billion on the refugees.

However, the aid according to Turkish authorities has never been delivered in full, only €2.22 billion were disbursed as of this June, Daily Sabah reports.

Ankara through the Operation Peace Spring says it seeks to get rid of Kurdish forces, People’s Protection Units (YPG), considered linked to PKK group designated by Ankara and the EU as a terror group.

Another aim of the military operation is to establish a “safe zone” in which at least 1 million Syrian refugees can be repatriated.

“For those who want to return to their country but don’t have a home left anymore, we plan to build settlements for 1 million people with international financing,” Erdoğan said.

Erdogan also addressed fears by EU members that the offensive will facilitate the escape of hundreds of fighters of the Islamic State group, ISIS, held in Kurdish prison. The Turkish leader indicated that 109 terrorists have been so far killed.