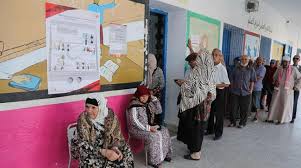 Polling firm, Sigma Conseil projects the party to garner 17.5 percent of Sunday’s vote, translating into 40 seats in the 217-member parliament.

According to the Tunisian Constitution, the victorious party designates the prime minister.

So far, Ennahdha and Heart of Tunisia have both ruled out forming a coalition. They will have to seek alliance with Karama, a conservative coalition expected to secure 18 seats, and Tahya Tounes of outgoing Prime Minister Youssef Chahed projected to win 16 seats, Al Jazeera reports.