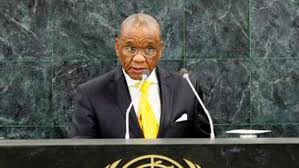 Lesotho has pledged to “actively support the UN-led political process” for the resolution of the Sahara issue and observe “positive neutrality” in all sub-regional, regional and international meetings.

In a statement issued Friday by the Lesotho ministry of Foreign Affairs, the authorities of this English speaking African country announced their decision to “suspend all declarations or decisions” relating to the status of the Sahara and the so-called “SADR” , a republic, self-proclaimed by the Polisario separatist group, which is funded, armed and sheltered by the Algerian regime.

Talks between the two ministers focused on ways of developing bilateral ties by removing obstacles that hampered their momentum in the past, including Lesotho’s position on Morocco’s territorial integrity, said a statement released by the Moroccan Foreign Affairs department.

In 1985, Lesotho recognized the so-called “SADR”, a phantom entity which was illegally admitted in the OAU (current African Union) through Algerian deceit, coercion and dirty petrodollar money. However, this entity is not a member of the UN, the Organization of Islamic Cooperation, the Arab League or any other sub-regional, regional or international institution.

According to some experts, as the international community is backing the UN exclusive process to reach a lasting political solution to the Sahara regional conflict, neutrality makes a constructive contribution to this settlement process.

Several African countries that once supported the Polisario separatist endeavor are backtracking. After a diplomatic offensive coupled with win-win partnerships led by King Mohammed VI in Africa, several countries have ceased to support Algeria’s plot to create a separatist entity in Morocco and affirmed support for the UN-led political process.

The same goes for a number of Latin-American countries.