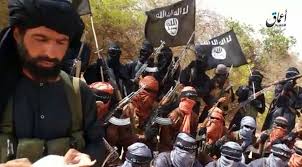 US offers $5 million reward to catch ex-Polisario member, IS leader in Sahel

The US authorities announced on Friday a $5 million
reward for information leading to the location, the
identification, the arrest or conviction of Adnan Abou
Walid al-Sahraoui, an ex-member of the Algeria-backed
polisario separatist front and current chief of ISIS
in Great Sahara (ISIS-GS) that killed four Green
Berets in a 2017 ambush in Niger.

The terrorist committed the deadly attack on October 4, 2017, on a joint US-Nigerien military patrol that
left four US soldiers dead.

The Security Council listed in a resolution Abou Walid al-Sahraoui on 9 August 2018 as being associated with
ISIS or Al-Qaida.

Adnan Abou Walid al-Sahraoui is a former spokesperson of the Mouvement pour l’Unification et le Jihad en
Afrique de l’Ouest (MUJAO). He joined Al-Mourabitoun at the time of its creation in August 2013.

In May 2015, Adnan Abou Walid al-Sahraoui announced his allegiance to Islamic State in Iraq and the Levant
(ISIL), listed as Al-Qaida in Iraq and proclaimed himself emir of the Al-Mourabitoun group in Mali. This
provoked a negative response from Algeria, Mokhtar Belmokhtar and resulted in a split by al-Sahraoui and his
followers. In October 2016, ISIL acknowledged it received a pledge of allegiance from the group under
al-Sahraoui.

The group al-Sahraoui command is composed of fighters of Fulani, Tuareg, and Sahraoui origin.

Abou Walid al-Sahraoui’s involvement in terrorist activities rings the alarm bell on the connivance of
the Polisario with terrorist organizations in the Sahel as more and more disenchanted youth in the camps
find lucrative business in joing terrorist groups.