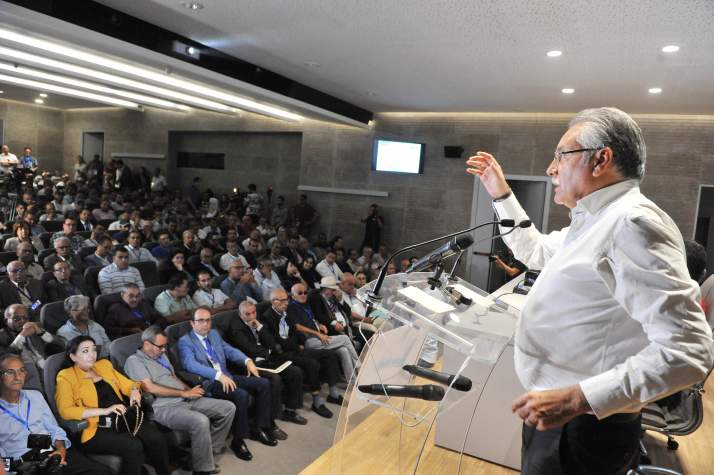 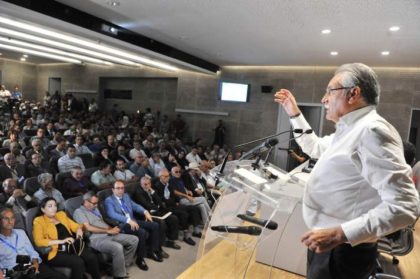 Morocco’s Progress and Socialism party (PPS) has officially left the government after its central committee approved a decision by the political bureau to quit the Islamist-led coalition government.

Secretary General of the party, Nabil Benabdallah, said the decision comes after a series of irreconcilable political disagreements with the PJD, adding that his party requested answers to political issues that transcend the narrow-calculations of portfolio distribution in the upcoming government reshuffle.

But even without the PPS, the coalition still has parliamentary majority.

A heated debate marked the meeting of the central committee with many members saying that quitting the government has been delayed for so long and should have happened when current head of the government dismissed Charafat Afailal, then Secretary of State in charge of Water.

Benabdallah said the party has joined the Isalmist-led government in 2011 and then in 2016 without compromising on its principles saying that it took part in cabinet “in order to participate in the reform momentum.”

But, he said, the party was patient after a series of blows starting with the dismissal of its Secretary General and health minister in 2017 and then the firing of Afailal and that it now stands to lose its two portfolios in the government.

Analysts say that the party’s decision to exit the government is a pragmatic decision as the party is undermined by 21 years in office and stands to be more sidelined in the upcoming election hence the need for it to rebuild itself and work on its political future.

North Africa Post's news desk is composed of journalists and editors, who are constantly working to provide new and accurate stories to NAP readers.
NEWER POSTUS offers $5 million reward to catch ex-Polisario member, IS leader in Sahel
OLDER POSTCybersecurity: More than 5 million attacks detected in Morocco in second quarter of 2019