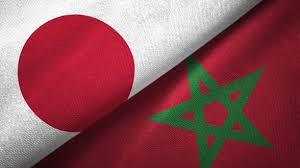 Japan and Morocco have agreed in principle on a tax convention that will promote further mutual investments and economic exchanges between the two countries, announced the Japanese Foreign Ministry on its website on Tuesday.

The Convention includes provisions for the purposes of clarifying the scope of taxation in the two countries, eliminating international double taxation and preventing tax evasion and avoidance, the Foreign Ministry said, adding that the convention is also expected to promote further mutual investments and economic exchanges between the two countries.

The Convention will be signed after the final text has been fixed and the necessary internal procedures have been completed by each of the two Governments.

The first round of negotiations on the tax convention was held in February this year.

The Foreign Ministry’s announcement comes in a context marked by a desire of the Japanese government to revitalize its investments in Africa.

When Japanese Prime Minister Shinzo Abe met dozens of African leaders and business executives at the Tokyo International Conference on African Development (TICAD VII) in Yokohama in August, it was clear that Tokyo wanted take on China head to head in resource-rich Africa, where Beijing already has the upper hand in development lending and trade.

China is Africa’s biggest trading partner, with two-way trade growing twentyfold in the past two decades to $204 billion last year, according to China’s Commerce Ministry.

The figures dwarf trade between Japan and Africa – Japan’s exports to the continent totalled $7.8 billion in 2017, while imports stood at $8.7 billion, according to data compiled by the Japanese Ministry of Economy, Trade and Industry.