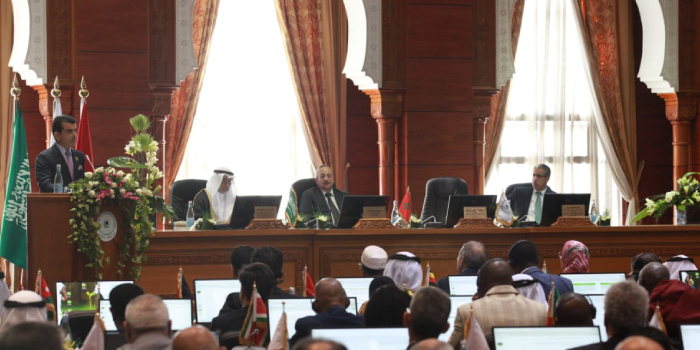 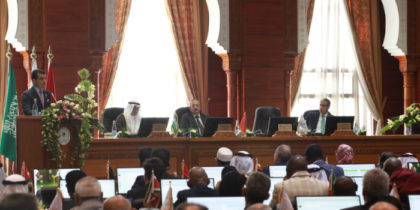 King Mohammed VI has called on Islamic countries to adopt a common action to counter the challenges of climate change, saying no single country, whatever its capabilities, can effectively address the pressing environmental problems and their negative effects which go beyond geographic borders.

In a message addressed to the 8th Islamic Conference of Environment ministers, convened Wednesday in Rabat, the Moroccan Sovereign said the issues related to the environment and to sustainable development are among the major challenges the world is facing today.

Many international studies point to an unprecedented depletion of natural resources, to a dramatic rise in pollution levels as well as to a major disruption of the global environmental balance. This situation has serious and alarming consequences for the planet today, including evident adverse impacts on the economic, social and health situation, added the royal message read out by Minister of Culture & Communication, Mohamed Laaraj.

Morocco has embarked on a collective mobilization process, domestically and at the international level, and has been pursuing a proactive policy for the preservation of the environment, underlined the King, noting that environment preservation is mainstreamed in all development plans and sectoral development strategies of the country.

He also recalled Morocco’s National Strategy for Sustainable Development, based on a participatory approach integrating the economic, social and environmental dimensions, paving the way to the country’s transition to a green economy by 2030.

The achievement of the strategy’s objectives hinges on the involvement of all the stakeholders concerned, said the Sovereign, stressing the importance of enhancing environmental awareness and education in line with the principles and values of Islamic religion.

To curb greenhouse gas emissions, a climate change competence centre has been set up to accompany and support national actors, share Morocco’s experience in this field and promote South-South cooperation, particularly with Islamic and African countries, explained King Mohammed VI.

Furthermore, Morocco has pledged to cut its carbon emissions by 42 pc. This goal will be achieved mostly through the implementation of the National Energy Strategy, added the Monarch, reiterating the country’s commitment to increase the share of electricity generation from renewable energy sources, through several major pilot projects that concern solar, wind and hydropower.

“I believe in the importance of collective environmental action and its role in strengthening joint Islamic cooperation, as it allows for greater complementarity, coordination and the exchange of know-how and experiences between Islamic countries”, affirmed the King in his message to the Islamic Environment ministers.

The ministerial conference, held under the theme “The Role of Cultural and Religious Factors in the Protection of the Environment and Sustainable Development,” will discuss a number of reports and draft documents pertaining to the issues of the environment and sustainable development in the Islamic world.

The Draft Guidance Document on Strengthening the Role of Youth and Civil Society in the Protection of the Environment and Achievement of Sustainable Development will also be reviewed by the conference.