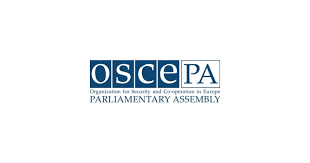 The Parliamentary Assembly of the Organization for Security & Cooperation in Europe will convene its 18th autumn meeting in the Moroccan city of Marrakech this Oct.4-6.

It is the first time that Morocco is hosting such an event and the first time for the Parliamentary Assembly to hold its meeting in an OSCE Partner country. More than 200 parliamentarians from some 50 countries are expected to take part in the Marrakech meeting.

The event is also an opportunity for OSCE PA members to debate the role of the OSCE and its partners in enhancing security in the Euro-Mediterranean region, the north-south cooperation models and the economic partnership in the Mediterranean region in a globalized world.

The autumn meeting of the OSCE PA will also be an opportunity to showcase Morocco’s experience in the fight against extremism and its key role in promoting security in the Mediterranean region, combating climate change and illegal migration.

The OSCE serves as a multilateral forum for dialogue and negotiation between East and West. It plays a major role in conflict prevention, crisis management and post-conflict rehabilitation.

The OSCE Parliamentary Assembly is formed of 323-members from 57 countries. Their task is to facilitate inter-parliamentary dialogue to advance the OSCE’s goals of comprehensive security.

North Africa Post's news desk is composed of journalists and editors, who are constantly working to provide new and accurate stories to NAP readers.
NEWER POSTCandidate for Tunisia’s presidential elections to remain in jail
OLDER POSTJamal Khashoggi: Arab Media House in Turkey to turn Saudi consulate in Istanbul into Museum