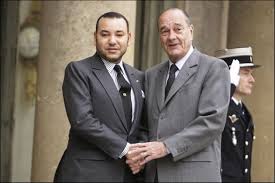 King Mohammed VI is suffering from an acute double pneumonitis of viral origin, announced the Royal Office in a statement this Sunday, September 29.

In view of the Monarch’s health condition, his physician prescribed him a medical rest of a few days, the statement added.

The Royal Office added that the King had planned to go to France to offer, in private, his condolences to the family and relatives of late President Jacques Chirac owing to the strong and deep relations that have always bound the two families,
and the special affection and consideration the Monarch harbored for this great friend of Morocco.

Jacques Chirac passed away last Thursday, September 26 at the age of 86. The official funerals ceremony is scheduled Monday (Sept.30) in the presence of several French and international officials and figures.

King Mohammed VI will be represented at the ceremony by Crown Prince Moulay EL Hassan.

In a message of condolences to President Emmanuel Macron of France, King Mohammed VI had described Jacques Chirac as a great friend who actively contributed to the strengthening of the relations of friendship between Morocco and France, and an architect of the unique partnership binding the two countries.

The Monarch also expressed his sorrow at the death of Jacques Chirac in a message to his spouse Bernadette Chirac, wherein he underlined the late president’s attachment to Morocco and his tirelessly efforts to deepen “the excellent relations that unite our two countries.”

“France has lost a prominent statesman who had marked history by his decisive action and courageous positions in favor of peace,” the royal message read.