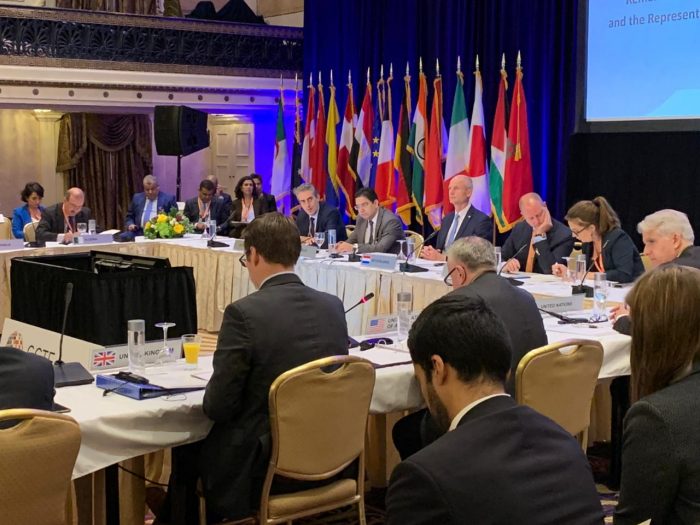 UN: Morocco underscores commitment to multilateralism in war on terrorism 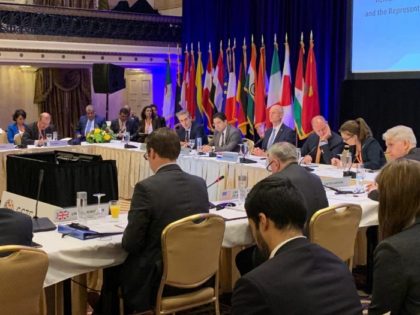 Morocco stressed on the sidelines of the UN General Assembly its commitment to multilateralism in the fight against terrorism and made a call for bolstering the GCTF which it chairs together with the Netherlands.

Despite the progress made, the fight against terrorist groups is far from being over, said Morocco’s foreign minister Nasser Bourita at the 10th ministerial meeting of the global counterterrorism forum (GCTF) in New York.

He said more action is required amid the worrying number of militants remaining in conflict zones who have likely set up sleeper cells to rebuild the so-called “Da’esh caliphate” or spread across the world to join existing terrorist groups or establish new ones.

Stemming the financial resources of terrorist groups and countering violent narratives disseminated by extremists are among the key areas that require joint efforts, Bourita said.

The minister reiterated Morocco’s engagement to counter terrorism in Africa, which experienced unprecedented levels of violence in 2018 especially in the Sahel region.

“Between November 2018 and March 2019 the increase in number of civilian casualties varied from 300% to up to 7000% in some Sahel countries, compared to the same period during the previous year,” deplored the Moroccan minister.

In the first half of 2019, more than 200 attacks took place leaving more than five thousand civilians dead, he said.

“The GCTF has a fundamental role to play in adding value to the efforts already undertaken at the international and regional level,” he said.

“The GCTF has succeeded in demonstrating strong ability to examine multifaceted dimensions inherent to countering terrorism and violent extremism and to attract strong support from Member States,” Bourita said.

“We must preserve this asset and build on the Forum’s achievements by continuing to work cooperatively, constructively and with determination towards generating interest among practitioners and policymakers to identify, discuss and brainstorm ways to successfully and jointly address all remaining challenges and potential emerging ones while taking into account the importance of protecting human rights,” he said.

The real value of the GCTF Good Practices and Recommendations is measured by the impact on national policies, said Bourita.

Bourita also highlighted the significance of this year as the fourth and final year of the Moroccan-Dutch co-chairmanship of the GCTF.

“Together, we have made it a priority to advance the Forum’s achievements while preserving the parameters that constitute the essence of its strength, namely proactivity, nimbleness, dynamism, and inclusiveness,” he said.

“We reaffirm our determination to reinforce the Forum’s contribution to the development of long term and comprehensive approaches to fight terrorism and violent extremism, as well as to fostering the exchange of counter-terrorism work, expertise and implementation experiences and to building a useful network of counterterrorism practitioners and policymakers across the world,” he said.

Dutch Foreign Minister Stef Blok who co-chaired with Bourita the GCTF 10th Ministerial Meeting underlined the need for all to fight terrorism and to remain vigilant against the threat.

“Terrorism continues to threaten our societies and, therefore, we must continue to fight this phenomenon … and remain vigilant against the threats posed by the different extremist groups in the world,” said the Dutch minister, who expressed his thanks to Morocco for co-chairing with the Netherlands the Forum over the last four years, the two countries having served two consecutive terms at the head of the Forum.

Actually, the 10th Ministerial Meeting of the GCTF marked the end of the Moroccan-Dutch co-chairmanship of the Forum.

However, in light of Morocco’s performance and achievements, GCTF members re-elected in March 2019 the North African Kingdom for a third term with Canada, for the period 2020-2022.

This new plebiscite clearly reflects the renewed confidence and esteem that the Kingdom enjoys as a key partner in the fight against terrorism, both at home and on the international scene.