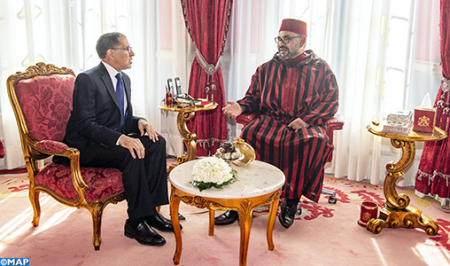 Government Reshuffle in sight in Morocco 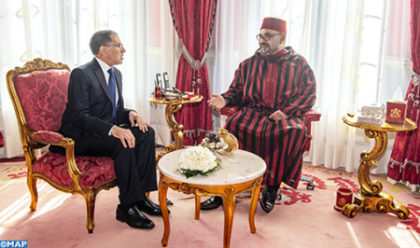 King Mohammed VI received, Saturday at the Royal Palace in Rabat, Head of Government, Saad Eddine El Otmani, who informed the Sovereign about the state of progress in the implementation of the royal guidelines set out in the latest State of the Nation Address, said the Royal Office in a statement.

In the State of the Nation Address of 29 July 2019, the Monarch singled out Some senior officials of the Moroccan administration, including cabinet members, governors, and local elected representatives for their failure to follow up the implementation of several social and economic development projects.

Actually, in his speech, the King brought up the events taking place in some parts of the country, which “have regrettably revealed an unprecedented lack of the sense of responsibility,” chiding ministers in charge of socio-economic projects for the delay in the delivery of the projects.

The Sovereign had then asked the Head of Government to make proposals for the renewal and enrichment of executive positions, both within the government and the administration.

Since then the cabinet reshuffle has been making the headlines of the news, with commentators’guesswork on who will be sacked and who will enter the coalition cabinet. yet, many agree that the reshuffle will be announced before the opening of the fall session of the parliament that takes place on the second Friday of October.