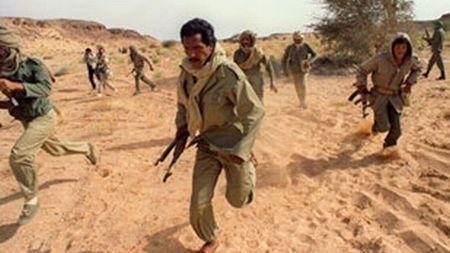 Cracks widen in Polisario’s edifice as militiamen defect to Morocco 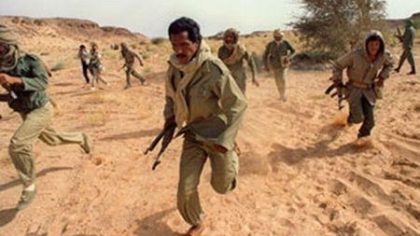 The Polisario separatist militias are more frail than ever with the increase in defections within their ranks and the weakening of their paymaster Algeria, which has been grappled with pro-democracy protests for months.

The two officers managed to escape the tight monitoring of the Polisario militias at a context where noose is tightening on Polisario leadership in the Tindouf camps.

The Population held forcibly in the camps staged numerous protests this year denouncing the oppression of the Polisario leadership which is accused of silencing dissent by forced disappearances.

The unbearable living conditions imposed on the population held against their will in the Polisario-run camps are pushing thousands of young Sahrawis to flee from the prevailing despair and atrocious conditions.

Any attempt to flee the harsh living conditions prevailing in the Tindouf camps may lead to death including via summary executions. The Algerian army has in the past also been involved in shooting dead Sahraouis as they attempted to leave the Polisario-administered Tindouf camps.

Leaked letters sent by the so-called ambassador of the self-proclaimed Sahrawi Republic in Cuba reflects the increasing number of young graduates who decided never to return to the Tindouf inferno.

International rights watchdogs, including Human Rights Watch and Amnesty International, have on multiple reports drew attention to the plight of the population held against their will in Tindouf where the Algerian state has relegated the destiny of thousands of Sahraouis to the mercy of a separatist militia that trades in their suffering.

From humanitarian aid embezzlement by the Polisario officials to slavery and forced disappearances in the Tindouf camps, Algeria has abdicated its responsibilities and forsaken a civilian population to the mercy of a separatist militia.

The UN Security Council has repeatedly called on Algeria to uphold its responsibility and allow a census of the population held in the camps.