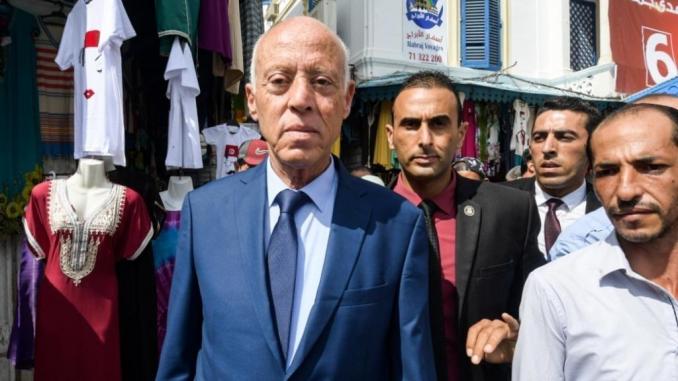 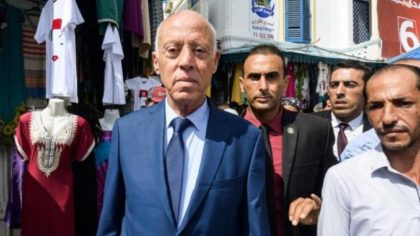 Kais Saïed, the surprise winner of the first round of Sunday presidential elections, has received support from three opposition figures, including former President Moncef Marzouki, after the electoral commission, ISIE, confirmed the law professor and detained businessman Nabil Karoui as the two candidates for the second round.

The ISIE released Tuesday results of Sunday election. Saïed, an independent, garnered 18. 4 per cent of more than 3 million ballots. Karoui, in prison since late last month over money laundering charges, is credited with 15.6 percent.

As they wait for the ISIE to announce the date of the second round, Lotfi Mrahi (6.6 percent), Moncef Marzouki (3 percent) and Hamadi Jebali (0.2 per cent) on facebook brought their support for the 61-year old man who promised to materialize hope of the 2011 revolution that swept away the regime of former leader Zine El Abidine Ben Ali.

Over 300 Tunisians died in the revolution demanding more freedom, end to corruption and better economic conditions.

Marzouki in his post indicated that he is bringing support to the law professor because he has showed respect for the values and the demands of the revolution.

Mrahi, on the other hand, notes that he does not know Saied in person nor his program but seems to be a balanced man with integrity.

However, Saïed, following the ISIE’s results, ruled out alliance with any party or part of a coalition. The potential new Tunisian leader stressed that he has a project and any support has to subscribe to it.

Hamadi Jebali also called on authorities to free Nabil Karoui so that he enjoys equal chances for the second round.

The media magnet, the ISIE warned, will be stripped off of his victory should he be found guilty. The third on the ranking, Abdelfattah Mourou of moderate Islamist party, Ennahdha, who scored 12.9 per cent will replace him.