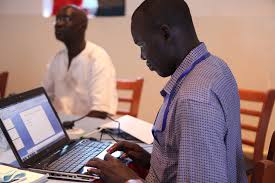 South Sudan gets $600 million from China to pay civil servants

The government of South Sudan has received around $600 million from the Chinese government to pay outstanding civil servants’ salaries.

The move comes weeks after many South Sudanese deputies boycotted the presentation of the 2019-2020 budget, rising against the arrears of the State towards its employees. The lawmakers finally debated the appropriation bill after the government agreed to pay the six months salary arrears to civil servants. The bill was passed last week.

The country depends heavily on oil revenue to finance its fiscal budget, but oil production had been disrupted since the outbreak of conflict in December 2013.

Earlier this month, China urged parties to South Sudan’s September 2018 peace deal to fast-track its implementation and end the conflict in the east African country.

The Chinese Embassy in South Sudan said in a statement that Beijing supports efforts to restore peace and stability in the world’s youngest nation and urged the country’s leaders to put their personal interest aside and work for the wellbeing of all South Sudanese.