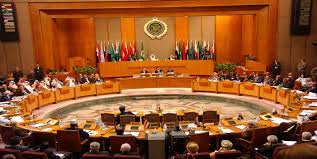 The Council of the Arab League hailed on Tuesday the sustained efforts made by King Mohammed VI, Chairman of Al-Quds Committee, for the protection of the Holy city of Al-Quds Al Sharif, cradle of the three monotheistic religions.

In a resolution issued at the end of 152nd session of the Council of the Arab League, the Foreign Affairs Ministers underlined the commendable efforts made by Morocco’s King for the protection of Al-Quds, its holy sites and for the support of the resistance of the Palestinian people.

Morocco was represented at this meeting by a delegation led by secretary of State to Foreign Affairs Mounia Boucetta.

In the same vein, the International Committee for the Support of the Palestinian People praised on Wednesday in Cairo the royal efforts made at the political and social levels to defend the legitimate rights of the Palestinian people.

A statement released following preparatory meeting of its upcoming general assembly due in Moscow Nov.29, the Committee welcomed the importance of the Kingdom in defending the Palestinian people’s cause.

The International Committee for the Support of the Palestinian People is an offshoot of the Afro-Asian Peoples’ Solidarity Organization, which includes the Peace and Solidarity Committees of 15 countries in Africa, Asia and Europe.

In March, King Mohammed VI and Pope Francis, launched from Rabat a joint call for the protection of the multi-faith and sacred character Al-Quds Al-Sharif.

“We believe it is important to preserve the Holy City of Jerusalem/Al-Quds Al-Sharif as a shared heritage of humankind and to safeguard it, above all for the believers of the three monotheistic religions, as a symbol of peaceful coexistence and as a meeting place where mutual esteem and dialogue are fostered”, said the two leaders in the joint call launched during the Pope’s visit to Morocco.

They voiced hope that the followers of the three monotheistic religions will be guaranteed free access to religious sites in the holy city as well as the right to practice their faith.