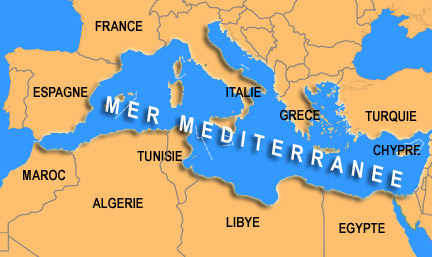 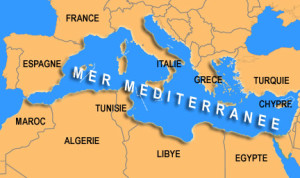 The situation in Mali, the fight against terrorism and the strengthening of trans-border security are on top of the agenda of the 5+5 Dialogue meeting convening in Nouakchott Tuesday.
The Foreign Ministers of the countries forming this informal sub-regional body that brings together 5 Western Mediterranean countries (France, Italy, Malta, Portugal, Spain) and their North African neighbors (Algeria, Mauritania, Morocco, Libya, Tunisia) will also debate the simmering crisis in Syria, the Middle East peace process, the democratization progression in the region as well as sectorial issues such as renewable energy, health, and the economic situation in the Mediterranean with a special focus on youth.
A special attention will be granted to security in the Sahel and the threats posed to the region by the Al Qaeda-affiliated groups, in light of press reports stating that the Islamist Jihadist groups which have been disbanded and chased out from Northern Mali are trying to restructure themselves in Libya and other neighboring countries.
Although France which spearheaded the military intervention to dislodge the Jihadists from Northern Mali tries to reassure its partners that the security situation in Mali will be under control, the countries of the region are voicing concern about the retaliation operations the terrorist groups may launch both in Mali and in other countries of the region.
The fears are all the more great that France has announced it will be progressively withdrawing its military from Mali and that Chad also said it will pull out its battalions from the West African country as the Chadian army is not trained to guerrilla warfare with terrorist networks.
Some 4,000 French soldiers, 5,000 Malian soldiers and around 6,300 soldiers from the MISMA intervention force supplied by the Economic Community of West African States (ECOWAS) are currently involved in the war in Mali.
On Monday, France tabled before the UN Security council a draft resolution that would authorize, if adopted, the replacement in July of the forces currently present in Mali by a separate UN “stabilisation mission.”
This mission, to include about 10,000 soldiers, will be deployed if security conditions are favourable.
The French Foreign Minister, Roland Fabius, who is attending the 5+5 dialogue meeting, said on Monday after meeting the Mauritanian President Mohamed Ould Abdel Aziz that the UN stabilisation mission will have the necessary means to ensure peace in Mali.
He said at least a one thousand French military, heavily equipped, will remain in Mali to counter any contingency operation by the Jihadists and to maintain peace in the country.
Nouakchott also hosted over the weekend an international ministerial meeting on “Security in the Sahel region.” The meeting was attended by the countries bordering on Mali, and representatives of members of the African Union (AU), the European Union and the United Nations.
Experts are however warning that the war in Mali will take longer than what was initially announced and that the refurbishment and training of the Malian army is no easy task and cannot be done overnight, wherefrom the need for foreign armies to stay longer in the West African country.