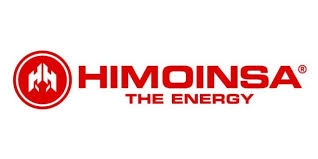 Himoinsa, which has been operating in the Moroccan market for 18 years, also makes a wide variety of generator sets and lighting towers.

Speaking during inaugural event, Lydia Gracia, Executive Director of Himoinsa, said the opening of the Moroccan subsidiary is a strategic project for the Spanish corporation.

“The new facilities will allow us to support not only the Moroccan market but also the West African countries with whom we have been working for almost two decades”, she added, explaining that the company’s goal is to be closer to the market, and the opening of sales offices and logistics warehouses in each region “allow us to strengthen technical consultancy for each project, as well as to intensify service support”.

With the opening of this subsidiary, Himoinsa is stepping up its presence on the African continent. The Spanish group has already supplied Morocco generator sets which are installed in Tanger-Med port, new football stadiums in Agadir and Fez as well as and in Casablanca Finance City Tower.

Himoinsa now has 12 subsidiaries and 8 production centers in the five continents to meet the needs of the international market.